Welcome Double To Get Back On Track 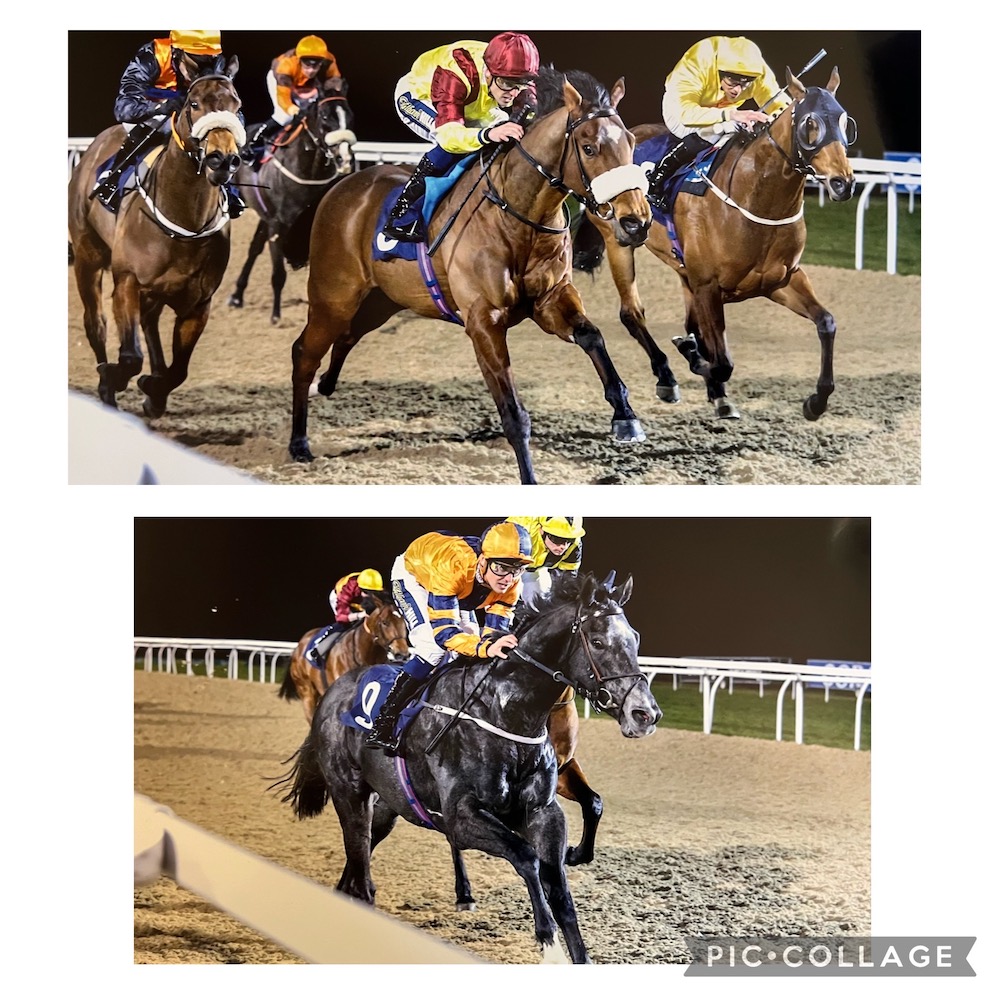 Cheltenham is here and is rightly takes centre stage in the racing world. Whilst the National Hunt stars trade blows, it means that the flat is getting ever closer and a double at Newcastle got the excitement building. Two horses who looked to have bags of potential got wins under their belts with Monsieur Jumbo breaking his duck and Ben Macdui winning for the first time since his debut.

Carravagio was one of the mots exciting young stallions last year when his first crop began to hit the track. Monsieur Jumbo was the only one of his progeny that ended up at Hambleton Lodge but he certainly took the eye from day one. Physically he ticked all the boxes and when his early work matched up, there was excitement surrounding the grey colt. Unfortunately his early promise, starting with a runner up debut, didn’t quite pan out. Although Monsieur Jumbo went close a couple of times, his juvenile season was quite underwhelming and it was hard to think that he couldn’t gain his first win. That first career win came at the first try in 2022 when he took the 7f MansionBet Proud Partners Of AWC Novice Stakes.

Over the winter Monsieur Jumbo did very , filling into his frame and giving the impression that maybe he could go on this year. Quite possibly the disappointment of last season could be put down to immaturity but Monsieur Jumbo would need to prove this quickly. Coming to hand early, Kevin had the choice of races but opted for the Novice route. Monsieur Jumbo would line up at Newcastle to take on 10 rivals, stepping up to 7f for the first time.

With Kevin Stott in the saddle, Monsieur Jumbo was quickly anchored towards the rear of the field. He was in good company as the main market rivals were in a similar position, taken back to gain cover throughout the early stages. The free going leader ensured there was a decent pace on up front and therefore the field charged through the first part of the race. Monsieur Jumbo travelled well for the first part of the race and always had the favourite in his eyesight.

Although there was plenty of racing left, it was clear passing the 3f marker that the race was suiting those coming from behind. The strong gallop was always going to test the field but with big outsiders on the front end, it did appear that closers would fight out the finish. Kevin just stalked the favourite and as his rival made headway, Monsieur Jumbo was like his shadow. The pair cruised through the field, sliding between rivals to move into a dangerous position.

Heading into the final couple of furlongs the fancied runners came to the fore, and did so with ease. Stott was the first to lay down their challenge and lowered himself into his drive. Jumbo began to lengthen as he joined the favourite, with the pair edging towards the stands side. This move applied the pressure and the two now started to move away from the rest. Although first to come under a drive, it was Monsieur Jumbo who suddenly looked the stronger. The favourite had travelled with ease but once let down, didn’t find the same as Jumbo.

Passing the 1f marker, Monsieur Jumbo held the lead and started to turn the screw. Shifting through the gears and lengthening all the time, Jumbo was thriving with his new trip. The further they went the stronger Jumbo looked and was always edging the favourite. His lead grew inch by inch as the grey strode out to claim a 3/4 length victory.

It was great to see Monsieur Jumbo get his head in front and hopefully it is just the springboard for him. He has always shown plenty of ability and maybe now he has come to himself, physically and mentally. Throughout the race he travelled very well, picked up with ease and saw out the trip powerfully. It will be interesting to see where he goes next but there is lots to look forward to as the turf season approaches.

Only 30 minutes later the double was complete with Ben Macdui taking the 6f Betway Handicap. The second leg of the double came from an entirely different type of career path to that of his stable mate. Ben Macdui hit the ground running in his career, storming home in his debut run as a 2yr old. That win was backed up by a fine 2nd in the Group 3 Molecomb stakes. It looked was though the world was at his feet, but that high was the peak of a steady decline from the now 4yr old gelding.

Ben Macdui’s 3yr old season was not only disappointing but raised so many questions. The answers were hard to come by as the gelding slipped down the handicap mark run after run. Despite this, the signs were still there at home with Ben Macdui showing ability. Obviously this was not transferring to the racecourse and 2021 was a year to forget.

Promise was shown when he returned to action in February and with that run under his belt, Ben Macdui headed to Newcastle to try 6f once again. Only 5 runners lined up and Stott took advantage of a great start to immediately grab the lead. Quickly into stride, Ben Macdui spearheaded the field and set a fair gallop. The stalls had been positioned in the centre of the track but Kevin slowly edged over throughout the first few furlongs to take the field towards the stands side.

With a target on his back throughout, Ben Macdui travelled to the 2f marker with a length lead. The trip has always been a question mark for the gelding and he would tested in the latter stages with his rivals lining up behind for a crack at him. The short priced favourite came through looking full of running and was soon on the heels of Ben Macdui. Kevin wanted to use his momentum and kick off the front so loosened his reins and tried to get his mount to lengthen through the gears.

Ben Macdui proved to be a tough nut to crack and entering the final furlong he still held sway in front. The fav had cruised through but could never get closer than a neck on Ben Macdui who continued to find for pressure. His other rivals were trying hard but the gelding was beating them off with valour. Bravely with his head to the floor, Ben Macdui powered home to win by 1/2 lengths, showing bravery throughout.

Confidence is high and this may be the tonic for Ben Macdui to reverse the trend of the past year. The first win since 2020, Ben Macdui showed all the right traits in winning and if he can maintain that then the upward trajectory should take off. From a high of 102 to a winning mark here of 80, there is plenty of room to manoeuvre so hopefully he can go on from this performance.