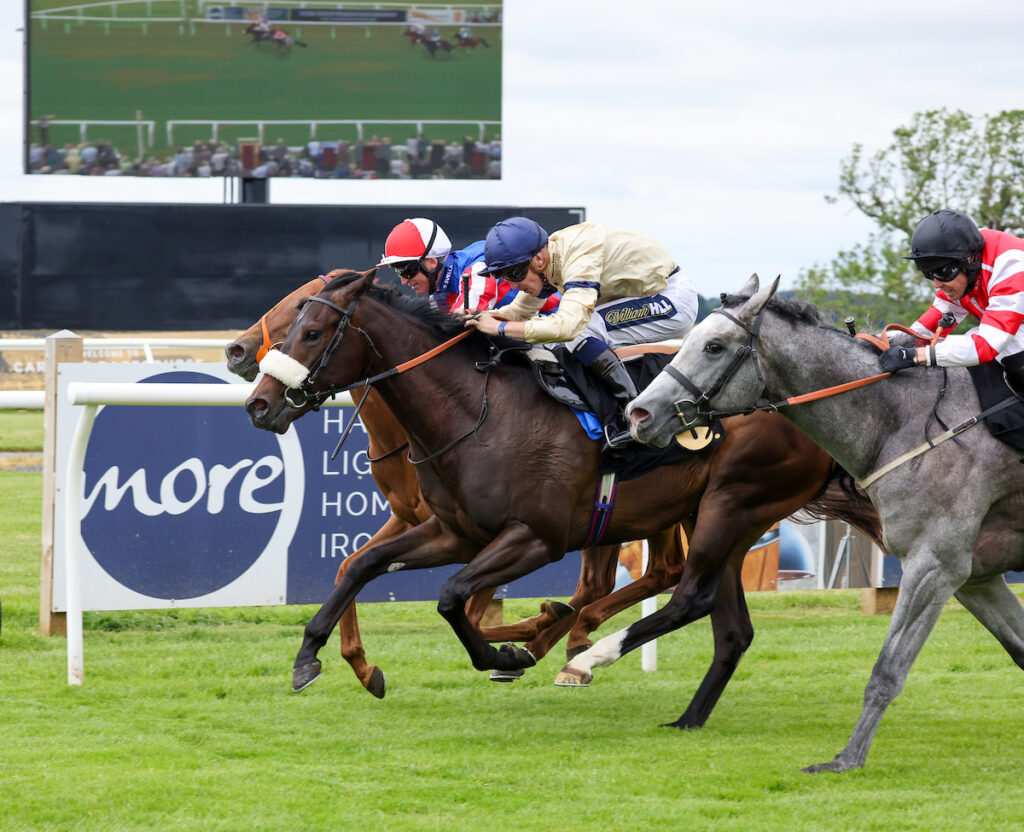 There is no better feeling than seeing a 2yr old make a promising debut. That can be a winning one or just full of potential but it keeps the dreams alive. What’s even better is when they take a step forward and build on that. Washington Heights had made a fantastic start to his career and then went on to win at the second try when taking the 5f Scaleby Restricted Maiden Stakes at Carlisle.

Washington Heights always looked a real sharp 2yr old, showing the physique that could see him hit the track early. It took a little longer than first expected when he had a growth spurt, something that is obviously very common with young horses. When he did show he was ready, the gelding proved that patience was the right call. Making his debut at Wetherby he showed a professional attitude and was a shade unlucky to finish only fourth. With expected improvement it seemed as though he would be winning before long.

Heading to Carlisle the race was similar on paper but looked a stronger contest on form. He had been vying for favouritism but would end up second fav by the time they entered the stalls. Kevin Stott was once again in the saddle and utilised his good draw of stall 3. Jumping smartly, Washington Heights was straight to the front to dictate the race and snatch the far side rail.

Washington Heights was showing great natural speed and putting his experience to good use. Kevin was going to make it a test for his rivals, never giving them time to relax. He was stalked throughout by the favourite, looking to hit the leader with a late dash and it would be an interesting contest if this was to pan out.

Swinging into the straight, Washington Heights held a 3/4 length lead and Kevin continued to let him stride on. Passing halfway he had many of them at it already, looking to continue to pressure from the front. Having travelled smoothly up to the 2f, Kevin tried to kick from the front, with the rising ground looming in a furlongs time. His move was matched by the favourite who reacted quickly to give chase.

Kicking clear, the front two began to pull away as the lead remained around a length passing the 1f marker. It was a long way up the hill and Washington Heights just began to edge left under pressure. Kevin looked to rectify that move, and did so, but it allowed the fav up the inside. Down the near side there was a fast finishing debutante, so Washington Heights was getting tackled from either side. He was very game in front, showing the same attitude as on debut. The lead was diminishing but the gelding was not going anywhere. It would be close but as his rivals thrust late on, Washington Heights stuck his head out, grabbing the win by a short head.

It was a very brave performance from Washington Heights who did it the hard way by making all. Having shown good speed, he then battled well up the stiff finish. Although he did wander a little bit, this was probably due to being out in front for so long. You could probably mark him up a bit for this win as he did all the donkey work and got a bit lonely out in front. Washington Heights has shown a cracking attitude and it will be interesting to see the route taken now. He does hold an entry in the DBS sales race and possibly a sharp 6f could be ok for him in time.