Two In Two For Makalu 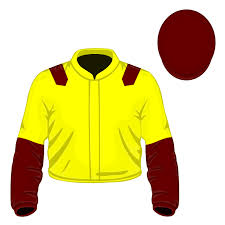 Being the first juvenile runner of the year does not always bode well and the Brocklesby Stakes is not always a race that is worth following throughout the season. Makalu was out in action on the opening weekend of the season in what has turned out to be one of the best renewals of the Conditions race. He has managed to improve since then and earned his second win on the bounce when taking the 7f Racing TV Nursery Handicap at Carlisle.

Mehmas has a great debut season as a sire last year and this tempted Kevin to get involved in his progeny. It has paid off with some nice juveniles and Makalu has improved with each run to now see him as a two time winner. Having broken his duck last time over 6f, Makalu had stayed on through the pack, hitting the line powerfully. That performance suggested that a step up to 7f would not be a hindrance but in fact could help him continue his improvement.

Stepping into handicap company for the first time, with a mark of 73, Makalu lined up against 5 rivals. Oisin McSweeney had earned the win last time out and maintained the partnership with the juvenile. Despite stepping up to 7f for the first time, Makalu was the slowest away and ended up at the rear of the 6 strong field through the early stages. He wasn’t smoothly into stride and did stumble a couple of times as the field raced downhill. It was a strong pace being set up front and they quickly entered the right handed bend that would take the field into the home straight.

As the field swung right handed they passed the halfway stage of the race. For a couple of strides Oisin nudged his mount along, trying to keep the horse balanced around the bend. Makalu got onto the correct lead and moved up along the rail to relegate his nearest rival to last place. Leaving the band behind them the leader took the field into to the final 3f and set sail for home. Makalu had never really travelled smoothly throughout the race but he was making headway up along the inside.

The race was truly on as they entered the final 2f. All 6 of the field could win and held chances as the challenges came. Under pressure the leaders just edged away from the far rail. Spotting the gap Oisin quickly grabbed his right rein to divert Makalu toward the rail. As he came under a ride Makalu responded by quickening up and moving closer down the rail. After taking a couple of lengths out of his rival, the 2yr changed his legs and tried to another gear to find the extra length that the leader held over him.

Makalu had quickened up well and now was in full flight with just the final furlong left to run. He loomed up to draw alongside the leader who was trying to fend off challenges from both sides. With the other 3 rivals weakening out of it, the race was left to the leading trio to battle it out. There was nothing to separate them, with all three giving digging deep. Makalu just proved the strongest as he took the lead with 100 yards to run. Edging into a 1/2 length lead he was finding for pressure but was getting pressed all the way. Looking like he had made the decisive move, Makalu just started to let his rivals back in with a sniff as his stride shortened a little. Thankfully he wasn’t for stopping and galloped through the line to win by a nice 3/4 length advantage.

It was great to see Makalu off the mark last time out but this win proved that it wasn’t a one time thing and there could still be more to come. Making his debut off a mark of 73 the handicapper will have another look and this will dictate where he might go next. The trip here held no issue at all for the juvenile and 7f looks like it could be his trip now moving forward. There are plenty of options coming up and on his current form Makalu will prove difficult to beat if turning up in the same heart.