The Ebor Kicks Off In Winning Style Thanks To Beregrac 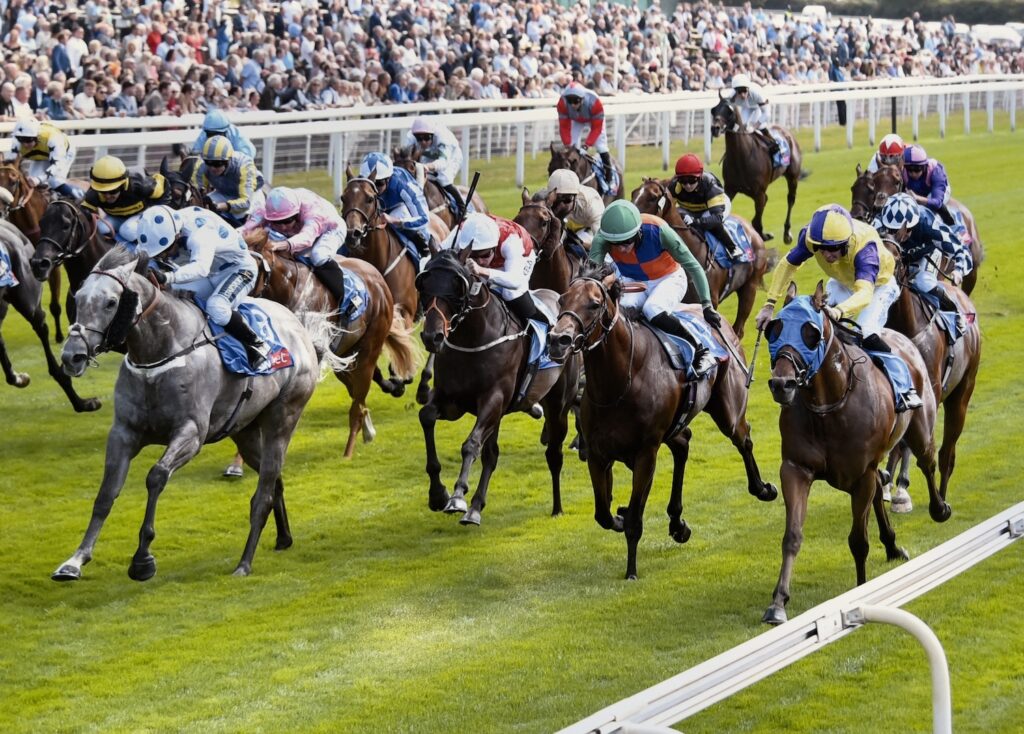 York is important to all northern trainers and the Ebor Festival brings top class racing to Yorkshire. Four days of superb action where a winner is hard to come by but is welcomed in with celebrations. Owners Peter Tingey and Angie Bailey have always looked to enjoy winners at York and 9 years on from Bogart winning the 5 1/2f Sky Bet and Symphony Group Handicap, Bergerac took the opener with a brave performance.

The 4yr old son of Kodi Bear had already shown a liking for the Knavesmire when he won a competitive 3yo handicap there last year. Having started this year in good form, where he finished placed on his opening 3 runs, Bergerac looked set for a big season. Unfortunately some poor draws, as well as underwhelming performances, saw some disappointing runs in the mid season. It was once the blinkers were fitted that Bergerac hit back and regained his form, gaining his first win of the year last time out. He is not an un-genuine horse but the headgear really helped him concentrate throughout the race.

Clearly the sprinter was going to be heading to York but the choice of race may have been a surprise. Connections opted for the 5 1/2f race rather than the 6f he has been running over for the majority of his career. Lining up against 21 rivals, some of whom are real speedball sprinters, it would be interesting to see how Bergerac would race. Tom Eaves has enjoyed great success in the yellow and purple silks, donning them once again at York as he took the leg up. Drawn on the far side, Bergerac shot out of the stalls, jumping that quickly he landed in front and held a length advantage from the off. Tom planned to keep it simple and it seemed as though he had a partner willing to do just that.

Although he has always been a quick horse, it was surprising to see him leading the 22 runners over  this trip. Racing toward the far rail, the gelding was showing good speed and travelled full of enthusiasm. They were down past halfway in a flash and Tom was always happy letting his mount run nicely in his hands. Stamina was always going to be a positive for Bergerac so now he needed to show that he could quicken up from this pace. Baring down on the 2f marker, Bergerac was the last one to come off the bridle and