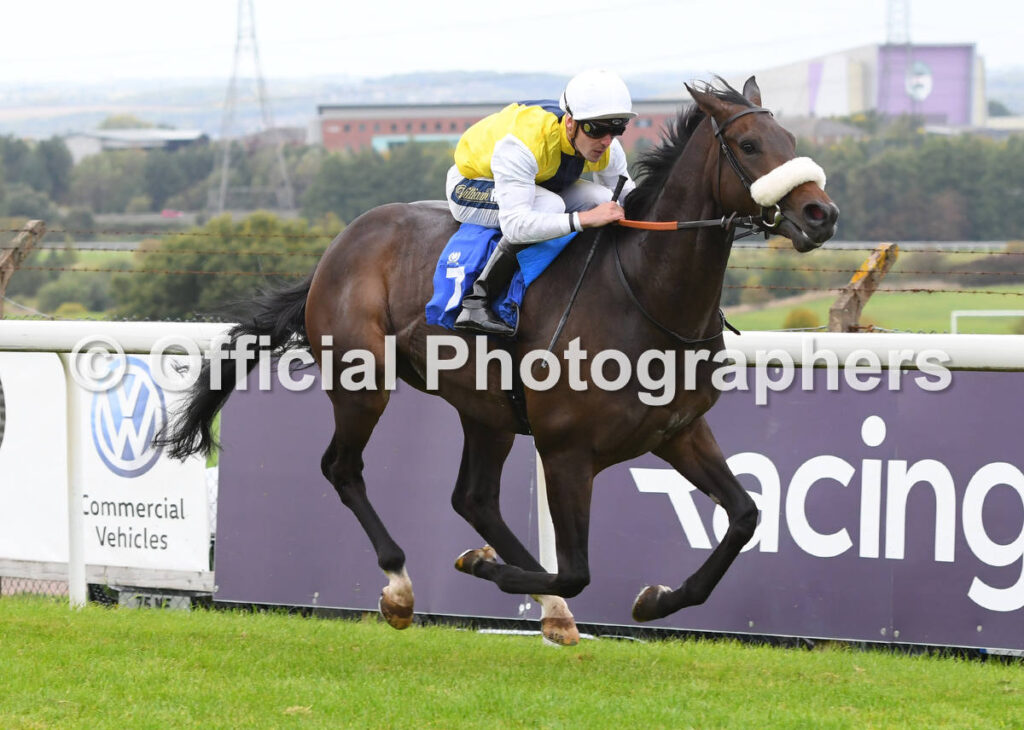 Naming horses can prove to be a very difficult task but there are many owners who have themes. Highbank Stud, owned by the Wainwright family, ensure their beloved Leeds United are represented with their horses. It can mean that they are strongly supported when they race in Yorkshire and The Cookstown Cafu duly obliged by winning the 1m Lelie Burton (Fisher) Handicap at Pontefract.

Having trained four of the progeny, Kevin knows the family very well and The Cookstown Cafu looked typical of his dam. It was clear that he would better as a 3yo but The Cookstown Cafu did shape with promise in his three starts as a juvenile.

Having been gelded through the winter, the now 3yo returned with a big effort on handicap debut. Unfortunately that was as good as it got, with The Cookstown Cafu failing to build on his earlier promise. Having tried cheek pieces last time out, there was a suspicion that maybe it wasn’t his attitude but maybe the gelding had a wind issue that could be holding him back.

Returning to action, with the wind op performed, The Cookstown Cafu would line up against 10 rivals. Stepping up to 1m for the first time, it was a trip that has proved to be key to his siblings before him. Kevin Stott utilised a good draw and was positive from the start. The Cookstown Cafu was prominent and chased the early lead, being set an even gallop.

The field raced through the first couple of furlongs before swinging into the back straight which would take them past halfway. The Cookstown Cafu was sat in the gear box and had the perfect sit to throw down the first challenge. They were soon heading into the final bend which took the field between the 3f and 2f markers.

Kevin began to wind his mount up swinging for home and built up momentum. Once they straightened up for home he kicked on and quickly headed the long time leader. The pair set sail for home and opened up a distinct lead, seeing if his rivals could play catch up.

Moving into the final furlong, The Cookstown Cafu held a clear lead but just began to shorten his stride in front. Kevin was determined to keep him up to his work but it was company that was required. Once a rival came up to his heels, The Cookstown Cafu changed legs and went again. He put the race to bed but the winning margin would be minimised. Kevin was confident enough that he could ease down in the final strides and secure the win by 3/4 lengths.

The Cookstown Cafu is a lovely horse with a very big stride so the step up in trip really suited him. The family all tend to get better with age and along with his wind being fixed, there could be more to come from The Cookstown Cafu. He was only doing enough in front and this suggests that he could be well in. Connections will check what is left for him but net year could really see The Cookstown Cafu at his best.