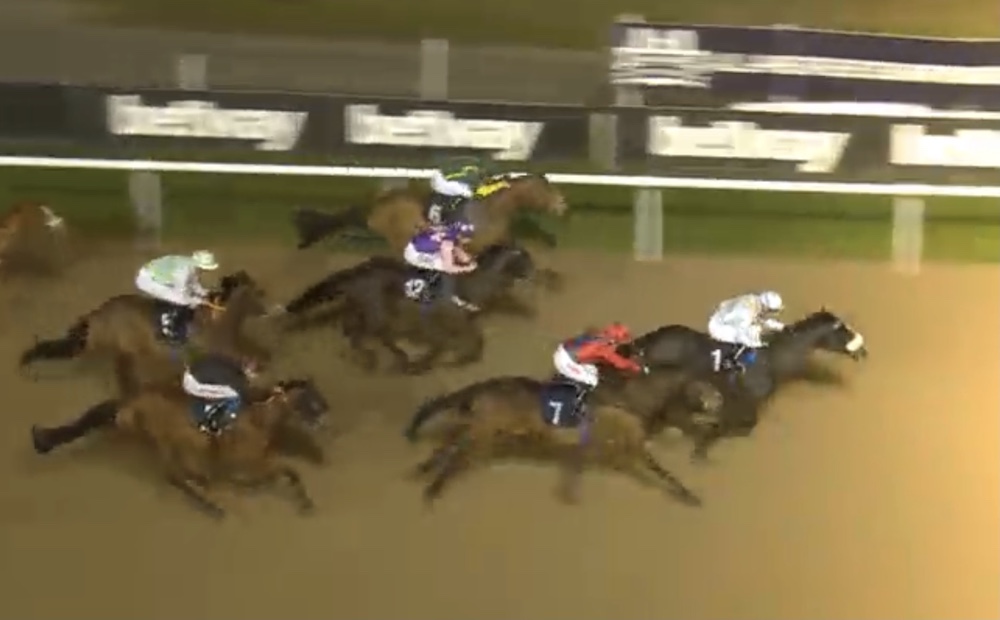 It is very unusual to have a maiden 5yr old at Hambleton Lodge, especially when the career record has a 66% strike rate of being placed. Spiritofthenorth has been the bridesmaid on so many occasions but that can no longer be said as he gained the all deserved first career win when winning the 1m1f Play 4 To Win At Betway Handicap at Wolverhampton.

Having knocked on the door during his younger days, it was last year that was the really frustrating season. Spiritofthenorth ran 6 times, finishing in the places on all of his runs, splitting the results 50/50 between runner up and third place. He couldn’t seem to catch a break so Kevin decided too turn to a tried and tested method to see if he could find the key to wining. After schooling the gelding over hurdles, it was clear that Spiritofthenorth could certainly jump and so he would have a try in the NH sphere in late 2021. Again running with credit on all three starts, Spiritofthenorth hit the crossbar on all three hurdle runs.

It is very hard not to become a little despondent with all the close calls but we are in a sport which doesn’t give you anything. With a mark 5lb lower on the AW, Spiritofthenorth headed to Wolverhampton to kickstart his 2022. Sam James was a late call up for the ride and he continued his confident recent run of form. Jumping well from the widest draw of all, Spiritofthenorth was quickly into stride and made a move forward down the outer. Sam kept checking his inside and with a clear run he moved across to take up the overall lead, grabbing the rail for good measure.

Spiritofthenorth lead for the majority of the contest although he was joined for a small time down the back straight. Sam had set a good gallop throughout but would increase the tempo as they entered the home bend and moving into the final 3f. Kicking off the bend and slingshotting into the straight, Spiritofthenorth laid down his challenge 2f from home and told his rivals to try and catch him. Opening up a clear length advantage, Spiritofthenorth did give his rivals a sniff of victory as he hung into the centre of the track passing the 1f marker. This saw the lead dwindle but sam was not to be denied and ensured his mount not only kept up to his work but kept moving forward. Pulling his stick through, Sam got the response he wanted and Spiritofthenorth battled to the line, holding on the a 1/2 length lead to gain a first career win.

Although it has taken longer than expected, Spiritofthenorth’s win was very satisfying. All connected with Middleham Park Racing have been very patient but they never lost the fait so it is great to give them this win to celebrate. It could also work as a confidence boost for the gelding and the first taste of victory could hopefully give him the fuel to back this win up.