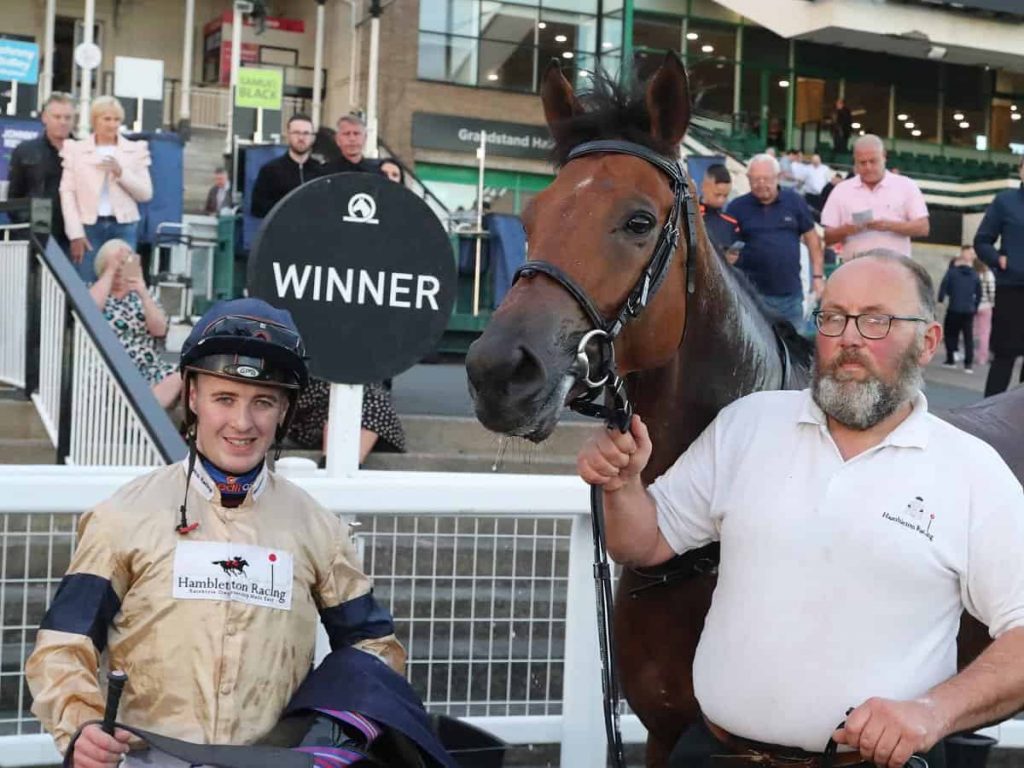 Time can be a positive in racing but the occasions when it isn’t is when you are awaiting another win. Soaring Star had quite a consistent season last year and it looked as though he could continue on that upwards trajectory. Unfortunately that hasn’t been the case this season but he finally got his head back in front after 13 months when winning the 1m Cazoo Handicap at Newcastle.

Having started this season off with a promising return to action Soaring Star fails to build on that and had largely cut a frustrating figure. Differing trips and tactics were installed but still the key to victory eluded the gelding. On his penultimate start at Thirsk, Soaring Star had gotten a little too far back but ran better than the bare result. This run certainly made a decision moving forward that next time out a more positive ride would be in order.

Soaring Star had tried the Tapeta surface before but it would be his first trip to Newcastle. There were 11 runners declared for the 1 mile contest and Shane Gray was booked for the ride. Instilling the positive approach Soaring Star was well away and tracked the early leader with the field racing just the far side of centre. The field were quickly strung out with a brisk pace being set but Soaring Star was in the slipstream of the leader from the off.

Through the first half of the race the filed elected to race more towards the far side of the track. With the 11 runners running in pairs there was a long train chasing the leader and well over 7-8 lengths would have separated first to last. Although a good gallop it was a fair one and the entire field seemed to have settled into a good rhythm through the first half of there contest. Newcastle has no bias to running styles so usually there is very few hard luck stories and this looks no different.

Coming down to the 3f marker was the first injection of pace. The leader tried to stretch the field and just lengthened from the front. Although it didn’t get anybody in real trouble, this increase ensured that everyone was on their toes for when the challenges began to unwind. Shane edged his mount out to get a clear run and allowed Soaring Star just to move up as he inched closer to the leader galloping down towards the final 2f.

Passing the 2f marker the race began to unfold. Soaring Star was travelling strongest of all and Shane had the gelding alongside the leader who now cam under a ride. Pressing the button he asked Soaring Star to go and quicken which saw the pair hit the front. Little by little he began to pull away from the long time leader and held a 1 1/2 length advantage coming into the final furlong. Apart from Soaring Star, those who had raced toward the rear pf the field were the ones doing best. The favourite was picking up and proved to be the biggest danger with just 150 yards to run. Having broken through the ranks he was hunting down Soaring Star who had set sail. Shane was in full drive and had a willing partner underneath him. With every stride the gap was diminishing and although he was trying hard, Soaring Star was just starting to shorten his stride. The favourite, along with a fast finisher, gave it one last dive at the line as the trio dashed past the line as one. Initial reactions were that Soaring Star may just have held on and it didn’t take long before the announcer could confirm the result. Soaring Star had gained his win by just a nose but had done it the hard way. 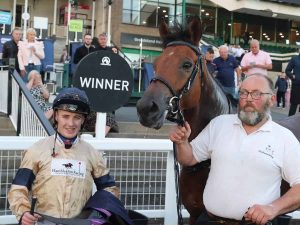 This result was a long time coming but the nature in which Soaring Star won shows that he still has the fight in him. He travelled well throughout the contest and dug deep when he had to. Although the winning margin was narrow it could prove to be a big victory in the long run. Horses like this sometimes just need that feeling of getting past the post first again to really boost their confidence. Hambleton Racing have enjoyed another fine season and it is always nice to add to the tally for their many loyal owners. If this win does just give Soaring Star a little more zest and enjoyment in his races then there is no reason why he cannot go on from this and put up some more wins next to his name.