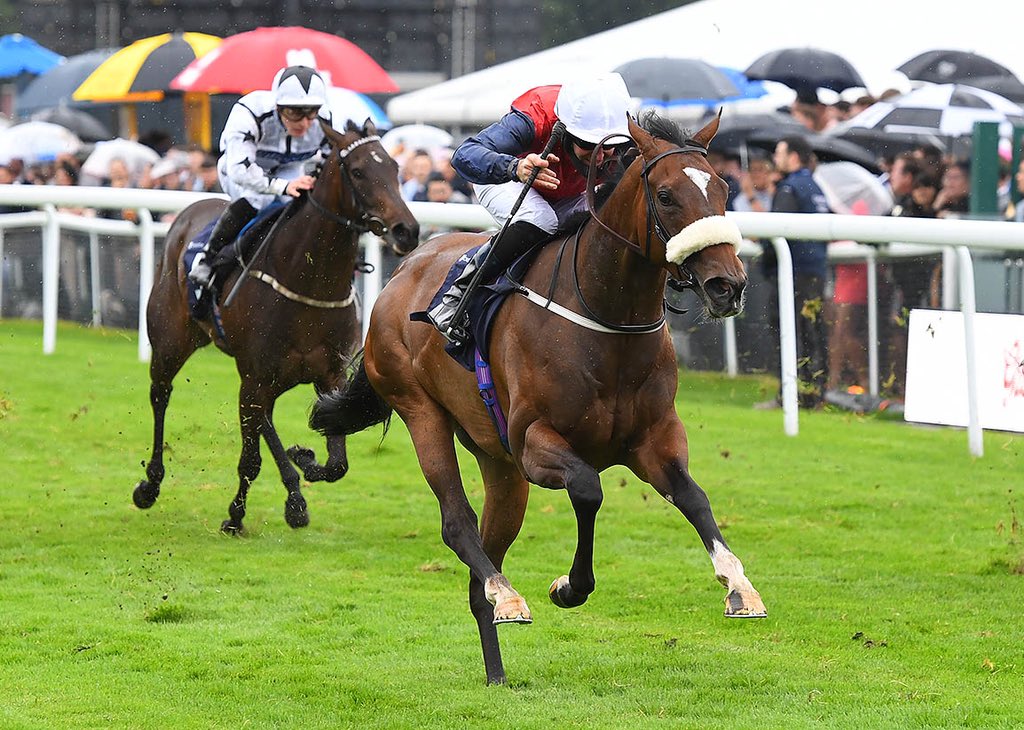 Back on track!! It’s a term that mean very different things depending on the horse in question. It is hard to say that a 2yr old with just a couple of runs ever derailed but when they do come back to winning ways it is nice to see them back on track. Sadmah was making just her third career start and she impressively took her record to 2 wins form 3 runs when winning the 6f Grolsch Premier Pilsner EBF Fillies’ Conditions Stakes at Chester.

The daughter of Frankel is a regally bred filly with her dam being the Golden Slipper winner Mossfun. It was fantastic to see her make a winning debut and Sadmah set herself up for a tilt at pattern company immediately following that win. Unfortunately it didn’t quite work out for her as the filly didn’t handle the track or ground when tackling Group 2 company at Newmarket. Far from disheartened, Kevin knew he had a nice filly and was looking for another good race to run her in.

Although Chester might not be the easiest track to navigate, Sadmah was a little limited with options. She was declared for the conditions race alongside 5 rivals and Tom Eaves headed down to take the ride. Sadmah would line up as one of the market leaders  as she looked to bounce back to winning ways.

Stall 1 can be a blessing and a curse depending on how your horse jumps. Tom didn’t have much to worry about as Sadmah was quickly away, straight into stride and took the lead from the off. Showing good speed, Sadmah led the field at a fair clip as they immediately began swinging left handed. Tom dropped his hands to let his filly stride on and she did just that, forcing a few of her rivals to come under pressure trying to hold heir pitch. It was the favourite who chased the leader and sat on her girths to the outside.

As they moved past halfway all 6 runners had closed up and raced closer together. Sadmah still held sway but she had race just off the rail throughout. Tom edged over towards the rail as they headed towards the 2f marker, trying to close the inside route off for his rivals. Sadmah continued to travel sweetly in front and as they came round the home bend she held a 1 1/4 length advantage. Tom got lower in the saddle and tried to kick clear, using their momentum coming off the bend.

Leaving the bend, Sadmah just edged over to her right hand side which Tom immediately tried to counter. Holding a clear lead, Tom had got the edge over his rivals but needed his filly to help out. Sadmah responded to the adjustments and straightened up as they moved into the final furlong. The favourite got a sniff of the win and made some headway. Moving up to the girths of Sadmah, the race was far from over but it was this pressure that helped out Tom. Once Sadmah feel the presence she changed her legs and went again. Always doing enough she strode out to a length lead, the margin which she crossed the line with. 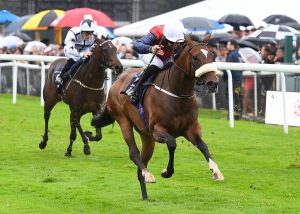 It was great to see Sadmah back to winning ways and she showed a far more mature performance. From stall one she had to go forwards which is exactly what happened without Tom forcing the issue. Travelling nicely throughout the contest, Sadmah was always doing enough and possibly just got a little lonely in front. Once pressure came from the eventual runner up, she fund extra and won with a bit in hand. Another win to her name, Sadmah will likely be in search for black type once more and with further improvement it will be no surprise to see her picking some up.