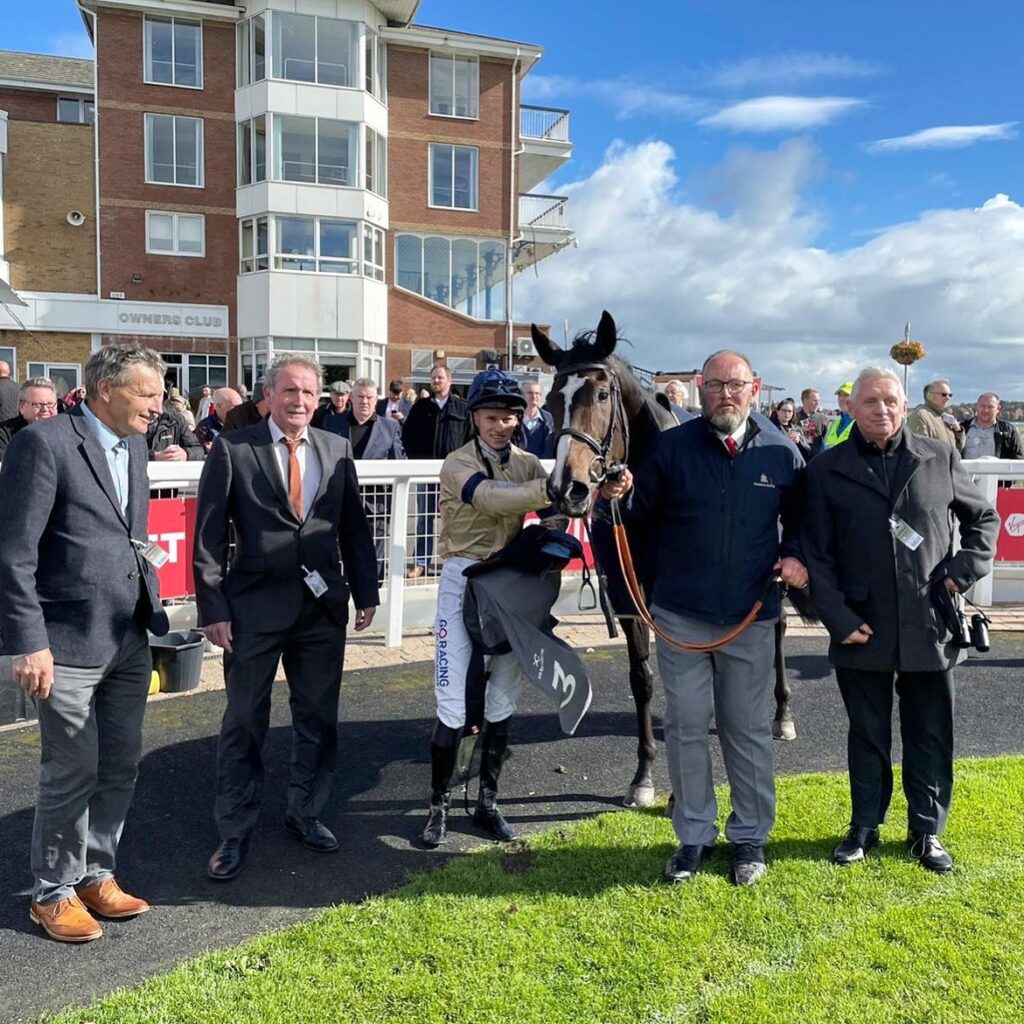 Horses progress at different rates, some are precocious 2 year olds whilst some are slow burners who will take time. The most important factor is to ensure that they fulfil their potential and gain as much success as possible. Shaladar took his time to get off the mark but he has thrived since and earned his third victory when taking the 1m Virgin Bet Apprentice Handicap at Ayr.

The 3yo began the year on a fair mark but early on he was a little frustrating. In hindsight it seems as though It wasn’t the gelding’s fault and a change in trip proved to be the key to success. Alongside cheek-pieces, stepping up to an extended mile Shaladar got off the mark with a late surge at Hamilton. He then finished runner up on three occasions with another win sandwiched in between, flitting between running at Hamilton and Leicester.

It was a fine run of form and suggested that he may even get a touch further. Stepping up to 10f at York, Shaladar failed to stay but it was an experiment that was well worth the effort. Clearly connections would have to drop back to a mile and so Ayr was selected for his next run. Being an apprentice race, the yard’s star apprentice Oisin McSweeney was booked for the ride.

Shaladar had only done his winning by minimal margins do therefore he was still running off a mark in the 70’s, officially 79. His winning tactics were employed again and Oisin settled Shaladar in behind the leaders, sitting in midfield with cover. With a fair gallop being set in front it would give all the field an even crack.

Shaladar travelled very well throughout the contest and the field were well bunched up as they charged around the bend. Oisin had his mount towards the outside so he should have a nice clear run when the time came. Swinging into the home straight the field moved into the final 3f.

With the pace quickening in front, Oisin stalked his rivals and edged closer with every stride. Shaladar moved with purpose as they passed the 2f marker and was looking a big danger. As the the leaders began to come under pressure they were toiling and looking like they were sitting ducks. This was clear when Oisin shook the reins and asked Shaladar to go through with his efforts.

Grabbing the lead moving into the final furlong, Shaladar still looked full of running as he scooted clear. Although he had moved into a dominant position, Shaladar doesn’t win by clear margins and he did give a fellow finisher the chance to close the gap. Always doing enough, Shaladar kept finding for Oisin and strode out to an easy 1/2 length victory.

The 3yo gelding has thrived since racing at a mile and still looks open to further improvement. Shaladar travels well in his races and has a nice finishing turn of foot. It will be interesting to see what the handicapper does to him but a step up in grade looks sure to be next. Shaladar should continue to improve with another year on his back and could be an interesting proposition for next year. Being able to travel strongly could well see him be better when tackling tougher company but he has certainly turned his career around and firmly put it on a steep trajectory.