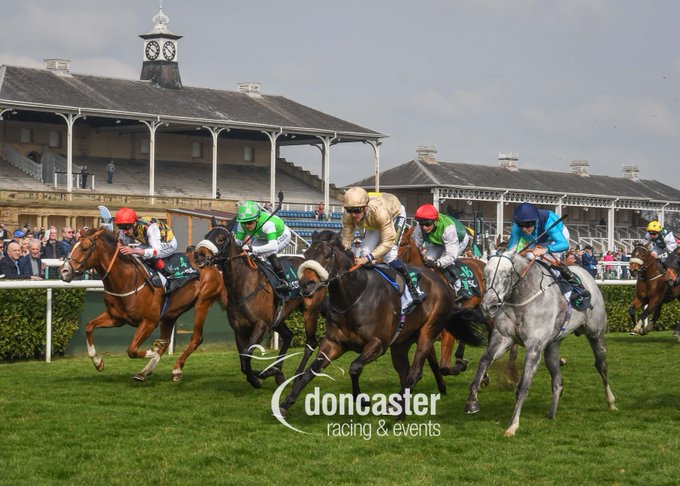 The new turf season is upon us as Doncaster’s Lincoln meeting raises the curtain on 2022. It is always a time for excitement and expectation, with everyone wanting to get off to a flyer. Seven Brothers has proven to be an early starter, winning first time out in the past two years and that trend continued as he took the 7f SBK Price+ Gives You The Best Odds Handicap on his seasonal return.

Having won at Town Moor last season, Seven Brothers was returning to a happy hunting ground. Unfortunately following his win, form proved to be quite poor and this meant that he would begin this season 2lb lower than last. Although all 3 previous wins had come over 6f, there was a piece of form over 7f that arguably was one his best performances. Therefore when he was declared for the competitive contest, there was confidence that he could recapture some form and give some foundations to build upon for the rest of the year.

The race was typically ultra competitive with a real mix of opposition. Seven Brothers was towards the head of the market but like many of his rivals there would be a question mark of race fitness, against those who had runs on the all weather. Kevin Stott was on board and had quite a fluid mindset going into the contest, riding as he found the race unfold.

Seven Brothers jumped quite well but hampered slightly when leaving the stalls. Quickly he recovered and got into his stride, moving forward to lead the field. Although not left alone in front, his rivals seemed happy enough with the pace being set. Seven Brothers set a nice even gallop which would favour all runners.

The 18 runners were spearheaded by Seven Brothers but with a sensible pace, it meant that the field were well bunched through the first half of the race. Recent weather meant that the ground had ridden a little bit dead on the opening day but further sunshine dried it our further. Moving down past halfway all runners had their chance if good enough. Kevin loosened his grip on the reins passing the 3f marker, allowing his mount to lengthen and wind up the tempo in front. This injection of pace did change the complexion of the race, as the field began to work and cover the leader’s move.

Heading into the final 2f the first two, who had been the first two throughout, quickened up and moved clear of the field. Kevin was now in full drive and was getting the response he asked for. Seven Brothers was being challenged hard but was not relenting and kept his nose in front. It was a titanic battle between the front two and passing the 1f marker there was barely daylight between the pair. Whilst that was going on up front, the favourite, along with a few others, were cutting into the deficit. Seven Brothers was beginning to get on top of his long time rival, just edging a little further with each stride. He was bravely holding on in front as the calvary came to throw down their challenge. Stott and Seven Brothers were not to be denied and showing strength and bravery the pair fought their way to a 1/2 length victory.

Obviously it is clear that Seven Brothers enjoys the feeling of running fresh with 3 of his career wins coming on his seasonal debut. Once again he showed a brave and game attitude, repelling challengers and galloping all the way to the line. It will be interesting to see what the handicapper does with him but hopefully this season, another year older, Seven Brothers can build and improve on this win.