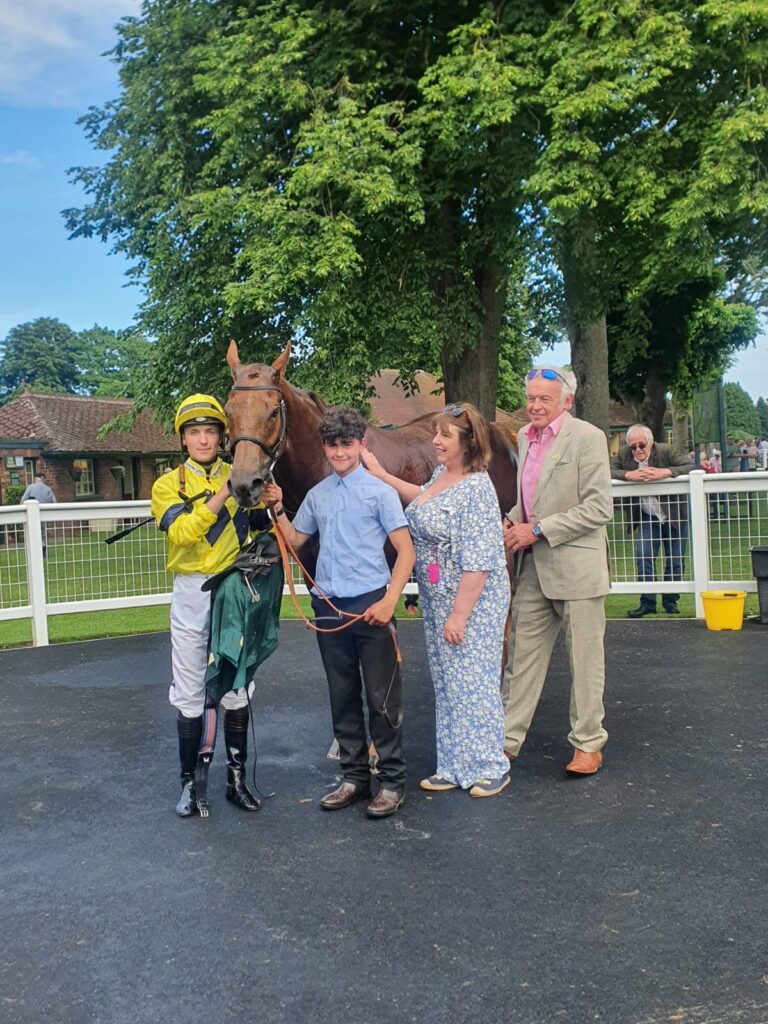 There are some horses and some tracks that just go together. It isn’t always clear why but you can see the horse raise their game every time they visit. Justanotherbottle has always enjoyed the really sharp, downhill tracks. One in particular is Ripon and he won his third race at the track in the past 10 months when taking the Betting.Bet Ripon Races Ladies Day Handicap over 6f.

Justanotherbottle took his time to really show his best when transferred to Hambleton Lodge but over the last year he has taken his form to another level. Winning the Great St Wilfrid last year was the big handicap win he had long deserved but he hasn’t stopped there. Since then he has became a cruising machine, travelling with extreme ease over the sharpest of sprints.

Like every good athlete, Justanotherbottle does have a quirk and his is with the stalls. Every now and then something will go amiss, which is what happened at Epsom in the Dash. It meant that he was a mission to repay owners Steve Ryan and Martin Tedham, which he did emphatically at Ripon.

The 7 strong field may have been short of numbers but the quality was there. Kevin Stott got the leg up and aimed to utilise his new tactics aboard Justanotherbottle, who now didn’t have to lead. Behaving in the stalls, Justanotherbottle was well away and settled in to track the pace. Sat in third spot, Kevin had a perfect slipstream through the race.

Burning through the first half of the race, the field were quickly down to the 3f marker. With the strong gallop set, there was no let up and the field got racing well over 2 1/2f from home. The leader was under pressure from here and this led Kevin to angle out, ensuring they had a clear run. He was waiting and waiting the try and get a lead for as long as possible but Kevin still had his mount cruising on the bridle.

Decision time came heading towards the 1f marker. Justanotherbottle was vying for the lead but the jockeys postures couldn’t be more different. Kevin, motionless, now asked his mount to go and win the race. Bottle edged into the lead but didn’t immediately accelerate away from his brave adversary. It did look a matter of time and as Kevin asked for full tilt, Justanotherbottle began to pull away. In the space of 100 yards he had moved 1 1/2 lengths clear, allowing his jockey to ease up.

This was one of Justanotherbottle’s most comfortable wins and in doing so he lowered the track record. He looks to have got even better again this year and will see his mark hit a career high. Connections know exactly what races suit but it may be case of having a crack of something a little higher now. Pattern company wouldn’t be out of reach and he may just take his chance now, following an impressive victory.