Regally Bred Alia Off The Mark 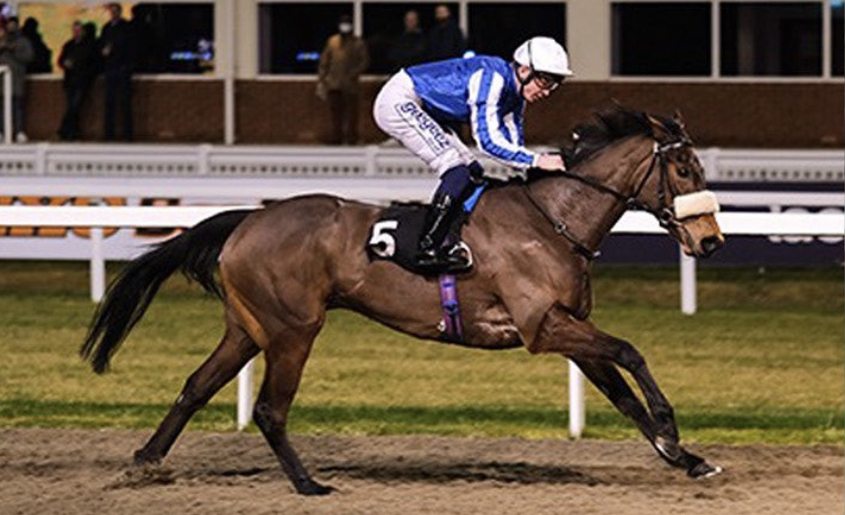 Breeding doesn’t always guarantee success but it can certainly be a pointer in the right direction, giving the most reliable source. When you cross a Group performing mare and high class stallion, the expectation is obviously going to be there. Alia Choice is the first progeny of the Group 1 placed Queen Kindly and she gained the vital win when comfortably taking the 5f Glyn Hopkin Novice Stakes at Chelmsford.

The 3yo filly had taken some time to get to the track, only making her debut in late 2021. Owned and bred by Mr Jaber Abdullah, Alia Choice made her first start at Newcastle, contesting a competitive 5f Novice. Showing her inexperience, Alia raced a little keen before just getting tired in the latter stages, finishing a very promising 4th on debut. With the winner of the contest rated 90 and third coming in at 85, the form of that run was strong increasing the promise shown on debut.

At the turn of the year there were not too many options over the minimum trip so Alia Choice would wait until February to get back on the track. Limited races meant that the 3yo would have to travel south to Chelmsford but she would ensure it was a worthwhile journey. The level of form on show was not as strong as her debut effort, so Alia Choice would be sent off the 5/4 fav. With the promise shown and Kevin’s horses history of improving following their debut, there was confidence behind the filly.

All-weather championship leading jockey, David Probert, was booked for the ride. Not the fastest away, Alia Choice quickly settled to chase the lead through the early stages. Experience and this cover meant that the filly settled a lot better this time round and she travelled supremely well throughout the contest. Getting a toe through the first couple of furlongs the field entered the bend with very little separating all 7 runners.

Swinging off the home turn and under 2f to run, David edged Alia Choice out for a run. Having travelled well to this point the filly moved through the gears and looked to chase down the leader. As the race developed the leader continued to travel powerfully in front as the rest were under a drive. Alia Choice was making good progress and was soon to change the face of the contest. Under a strong Probert drive, Alia joined the leader and forced their hand. Now, for the first time, the leader cam under pressure and quickly surrendered the lead. Momentum was with Alia and she began to really move through the gears. The final furlong allowed Alia Choice to stretch clear and the filly powered away from her rivals to secure a first victory by a comfortable 2 1/2 lengths.

It was great to see Alia Choice learn from her debut experience and put in a professional performance like this. Settling well, Alia travelled smoothly throughout and was then able to quicken off that pace. Once Alia had joined the lead there was only going to be one result and she put the race to bed with ease. It is always important for owner/breeders to gain wins with their well bred progeny so it was fantastic to do that for Mr Jaber Abdullah. Having taken time to hit the track, Alia Choice can make up for that this year. With just two runs under her belt there is a lot of potential and it was be very interesting to see where she can go from this performance.