Rathbone Back To His Best 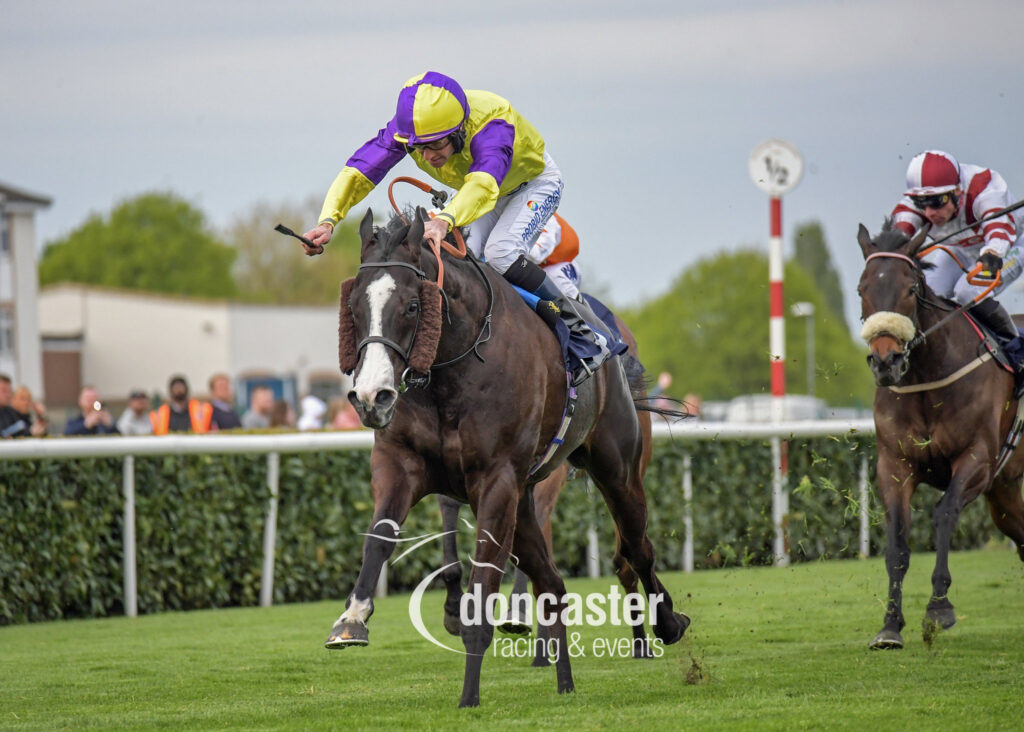 With so much racing racing on there were options and decisions to be made. It can be the difference between winning and losing but the correct call was made. Rathbone was back to winning ways as he made all in the 6f Cazoo Handicap at Doncaster.

Two wins and a couple of big placed efforts saw Rathbone shoot up to 96 in the handicap. Unfortunately he couldn’t maintain the upward trend and has steadily been coming back down. Two runs this season looked to have him close to winning again but a no show at Redcar proved to be not only disappointing but quite a head scratcher.

With entries in at Newmarket and Doncaster, the latter was chosen with very few declarations being made. The small field of six would diminish even further with two non-runners, meaning only four would line up on the day. Tom Eaves took the ride and Rathbone would be donning cheek-pieces to try and spark him back to form.

Tactically Tom took the race by the scruff of the neck and bounced Rathbone to lead immediately. With nothing wanting to challenge him, Rathbone led the field setting comfortable fractions. The trio of rivals tucked in behind to race in single file. This would be the story of the race as very little would change.

Rathbone was showing that he was on song and travelled smoothly to halfway. Having been left alone in front, Tom now begun to loosen the reins, ready to kick. It was baring down on the 2f marker where the pace increased as Rathbone set sail for home. Suddenly he opened up a clear advantage and caught his rivals on the hop. As the rest played catch up, Rathbone was lengthening and was in full flow.

Tom got serious moving into the final furlong and the clear lead was maintained. He had made his move and now it was about could he see it out. Old rival, Comanche Falls, was closing as he took second to give chase. Rathbone was proving very game in front and responded tall of Tom’s urgings. The lead was shortening as Rathbone neared the finish, the exertions were starting to tell. All the good work he had done between the 3f and 2f poles were showing and Rathbone ran out a 1/2 length winner.

When he is good, he is very good but sometimes you are not sure which Rathbone will turn up. He is a horse very capable of being involved in the major sprint handicaps but consistency has always been his downfall. Tom got the tactics spot on and it might just be that changing things up constantly helps Rathbone run to his best. There will be plenty more days with him and hopefully Rathbone can hit higher heights this season.