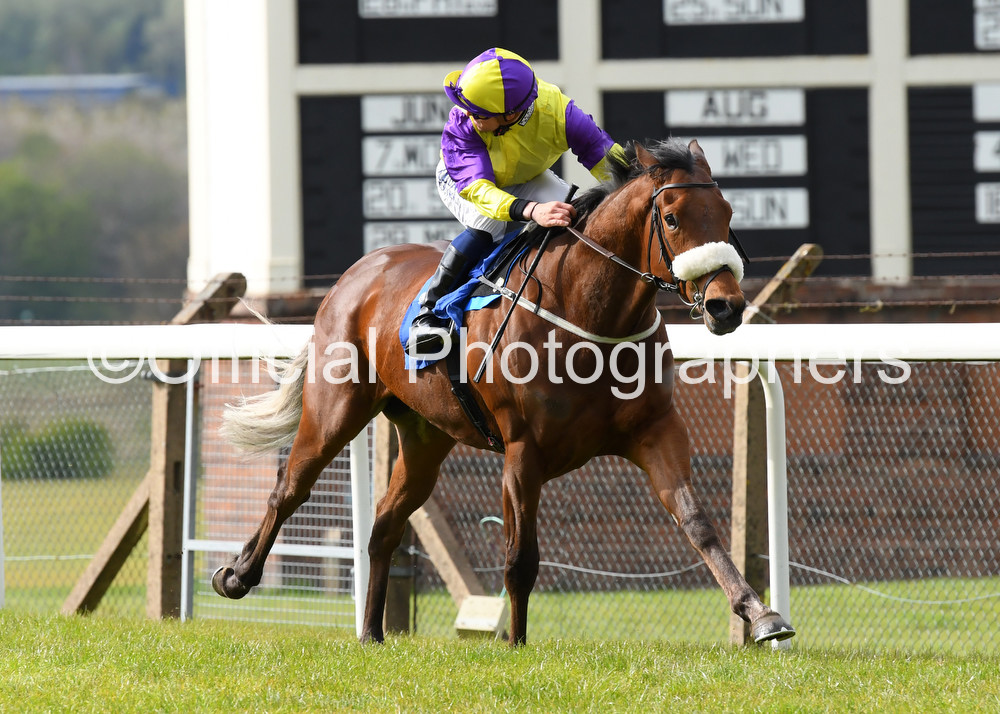 Surely it was a case of when not if Bergerac could get his head in front and earn his first career win. Some solid place efforts at two were followed by a runner up spot when he returned this year as a 3yr old. Well Bergerac earned his first career win on his next run in devastating fashion, taking the 6f Tuffa Boots Supports The National Horseracing College Handicap at Pontefract.

Starting his career at Hamilton, Bergerac showed promise on his first two runs, both at the Scottish track. After a third placed effort on debut he went one better next time out. With the shortened season last year handicap marks could be given after two runs. His pair of placed efforts earn an opening mark of 77. With owners Angie Bailey and Peter Tingey lovers of York, Bergerac headed there for a nursery which again saw him fill the runner up spot. Unfortunately his final run was the only one where he was below par and he was finished until 2021.

Bergerac did well over the winter, having been gelded he thrived and strengthened up. Coming to hand early on in the year, Bergerac had to try the all-weather for his first run. Back to form he once again put in a solid effort and gained another runner up finish. It was a really pleasing return but it was about time for the gelding to be the first past the post.

Back to his original mark of 77, Bergerac headed to Pontefract to tackle the 0-75 contest. It would mean that the 3yr old would be lumbered with top weight but it this means that he was realistically the best horse in the field. Lining up against 7 rivals Kevin Stott partnered the gelding for the first time. The entire pre race revolved around Bergerac with the son of Kodi Bear backed into 5/4 clear fav.

There was no messing about  from the off as Stott kicked his mount out of the gates and straight towards the front. It was a dash for the lead and his colleagues quickly realised what Kevin’s intentions were. Only one rival went with him and it was a horse that Bergerac had finished 2nd to at York last year, Julie Johnston. Settling down Bergerac was just on the girths of the leader as the pace was strong, taking the field through the first furlong.

The strong gallop saw the field well stretched out as they charged through the first couple of furlongs and headed down towards the left handed bend. With the leader continuing to kick on Kevin decided to keep tabs and chased the pace throughout the contest. As the front two begun to swing left they caught the rest of the field on their heels. Trying to play catch up they were under pressure to close the gap. It was actually Bergerac’s stable mate Tiny Danser who was the closest pursuer and the only on who was within striking distance.

Kevin had the rail and slipped up the inside of the leader with 2 1/2f to go and his rival paid for forcing the pace, weakening away. With the rest hard at work Kevin was still quiet and Bergerac took the lead with ease. Swinging into the home straight Kevin used the momentum and started to wind his mount up. Bergerac squeezed out a bit more and had a clear length advantage inside 2f. His stable mate was chasing him through and now Kevin asked Bergerac to go and put the race to bed. Initially he started to lengthen and opened up his advantage to 2/3 lengths. The final furlong was his lap of honour as Tiny Danser was in second, pulling clear herself but not catching her stable mate. With the ground rising Bergerac really thrived up the hill and stretched further clear. In the clear and galloping all the way to the line the win was secure but the distance was the only thing left. Impressively Bergerac opened up a clear 6 length advantage to bolt up for his first career win. 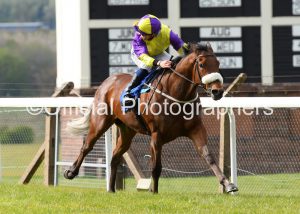 It couldn’t have been any easier for Bergerac and he impressed in the way he went through the race. The pace was strong throughout which he handled but could then quicken up in the latter stages. Bergerac looked the best horse in the field and he proved it with the decisive fashion of victory. Distance and performance will certainly have announced Bergerac to the handicapper and he will surely be looking at a big hike. There would have been no stopping him on this day so a handicap change is well deserved and could lead the 3yr old to some bigger handicaps now, maybe getting connections excited about heading to York.