Orta Is The Pride Of Yorkshire 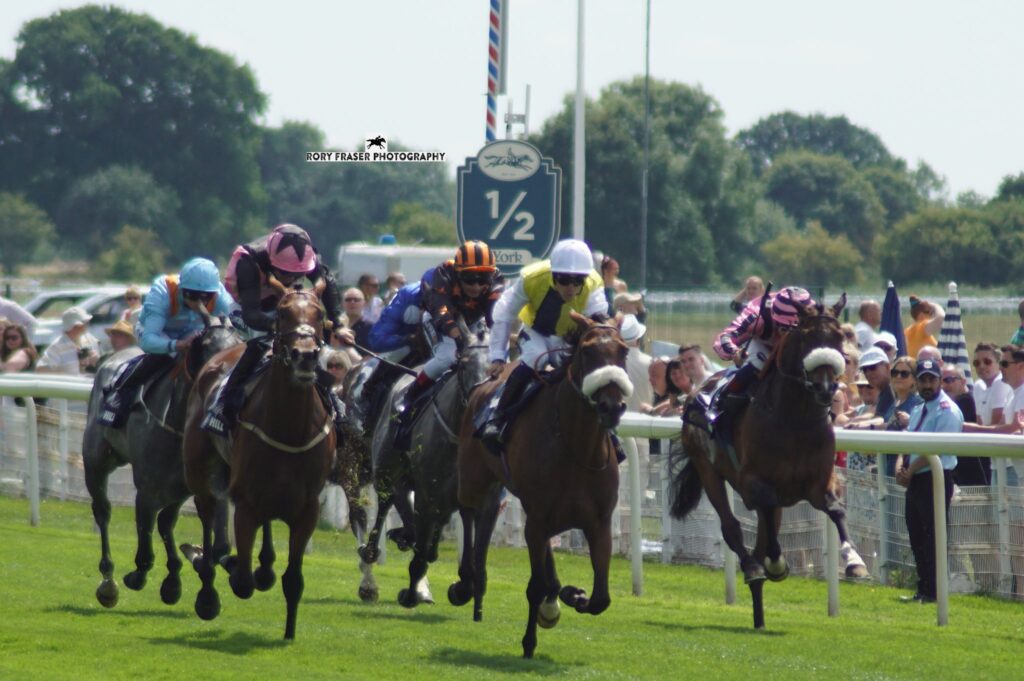 For Yorkshire folk there is no better place to have success than at York. It is our premier racecourse and the majority of Northern trainers will have plenty of runners at most meetings. Highbank Stud, owned by the Wainwright family, is based just outside of York but the cheers could be heard further afield when Forza Orta provided them with a first winner at the track in the 1m4f William Hill Best Odds Guaranteed Handicap.

Progressive at 3 and earlier this year, Forza Orta looked a staying prospect going places. Having won on his second start, which came in between chasing home a couple of unexposed types, there were signs that top handicaps could be in his future. This led a few quick runs with premier meetings coming thick and fast. Unfortunately a couple of very below par efforts just scuppered his rise up the handicap.

Heading to York, confidence was high if Forza Orta could bounce back to his best. Dropping in grade meant that he would be sent off as one of the fancied runners in the 8 strong field. Kevin Stott was in the plate and gave a ride of confidence and patience.

Settling the 4yo towards the rear of the field, Forza Orta would stalk his rivals through the first half of the race. The pace was an even gallop, shown by a couple going a little keenly early on. Travelling smoothly at the back, Forza Orta looked to be showing a little more spring in his step. Arguably his best performance came over C&D and the galloping nature of the track looks tailor made for the gelding.

Little changed as they swung around the top bend, taking the field into the home straight. With around 4f to run, those towards the rear just began to edge closer, readying for their challenges. Forza Orta began to make a bit of headway down the outside and had a good clear run for when Kevin pressed the button. From the 3f marker, Forza made smooth progression to pass rivals. Kevin let his mount stride on and suddenly the pair were closer to the lead.

There was a moment where Kevin had a choice to make. Forza Orta was cruising as he challenged for the lead. Feeling like he didn’t want to disappoint the horse, Kevin decided to move through the gears and lay down his challenge. Forza Orta quickened up to snatch the lead passing the 2f marker. He had to go for home now and Kevin quickly got into his drive to kick for the line. Despite going easily to this point, there was still a bit to go so Forza Orta would need to show his steel.

Having pulled away from his rivals, there was just one more challenger going the party. Breaching the gap at by the 1f pole, the eventual runner up was going to give one last push with 200 yards to run. Forza Orta was always doing enough, and whilst he couldn’t go again, he had plenty left in the tank to repel. Responding to each push and nudge from Stott, Forza Orta kept his rival at bay to secure a win on the Knavesmire by 3/4 length.

It was fantastic to see Forza Orta bounce back to his best and there was no better place to do it. The win was a very emotional one for the Wainwright family, who saddle lost Martin late last year. He had been a huge racing fan and turned that into a business, setting up Highbank Stud which his son Tom now runs. Forza Orta has always been a slow burner and he does look like the type to continue improving with time and racing. The very top handicaps will be in his sights, hopefully a few more trips to the Knavesmire can occur in the future.