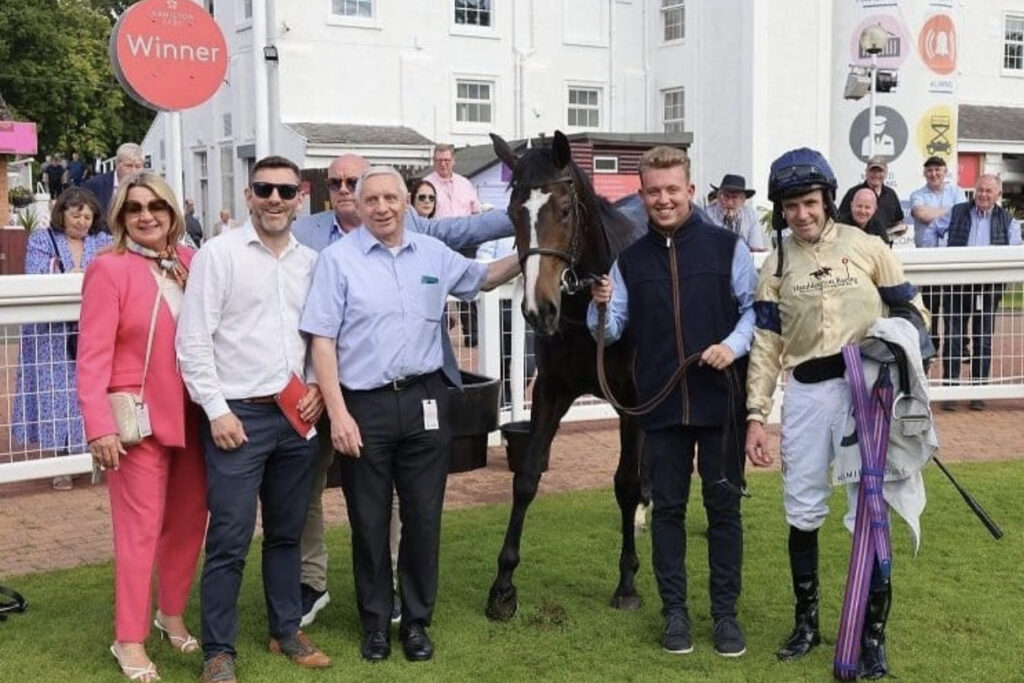 Some of the most interesting horses in training are the 3yr olds. You have horses who are still young and have had differing starts to their careers. It is fantastic to see them improve and suddenly reach their potential. Sometimes it can look as though the expectations may have been wrong but just needed a slightly different approach. Shaladar has been exactly that and earned his first career win when stepping up to 1m for the Enjoy VIP Treatment At Hamilton Park Handicap.

The son of Shaala had enjoyed a consistent juvenile season, and whilst he hadn’t got off the mark, that first win looked obvious. Beginning the season over 7f, Shaladar had taken a step forward from first to second run. The third run was better than the bare result but most importantly it gave the impression that a new trip could be the key, having stayed on well over 7f.

Heading to Hamilton, to tackle 1m for the first time, Shaladar was partnered by Tom Eaves. Having stayed on well last time out, the plan was to take their time and try to make the final furlong his best one. This lead Tom to sit towards the rear of the field as they raced uphill for the first couple of furlongs. The front two took each on so it was a decent pace to track.

Swinging right handed around the top turn, the 10 strong field were quickly into the downhill straight and moving towards halfway. Shaladar only had two behind him but was travelling well as they moved past the cutaway. The field got racing a long way from home and over 3f out, Tom just had to get lower in the saddle. Shaladar had travelled fine but could not afford his rivals to get away from him.

Making good progress, Shaladar was picking up well and probably gave Tom a little headache. Knowing that it was a long way up the hill he would have loved to conserve energy but he had committed. Shaladar was rolling around a little as he moved through down the near side but continued to eat into the lead. As they headed into the final furlong he had taken the lead, but this is where the ground rises up for the stiff finish. Shaladar was not stopping but was going to face a stern challenge from the fast finishing favourite. It was going to be close but the favourite came to Shaladar with time left. It allowed the gelding to respond and respond he did. Fighting all the way to the line, Shaladar bravely hung on by a short head, earning his maiden win.

The new trip really seemed to suit Shaladar and he saw out every yard. Tom probably didn’t expect him to pick up initially and this left him with quite a bit of daylight. With that being the case, Shaladar has done very well to win. He could possibly do with getting a lead for longer in the future with an end to end gallop. Now he has the first win, Shaladar can build on this as he is unexposed at this trip.