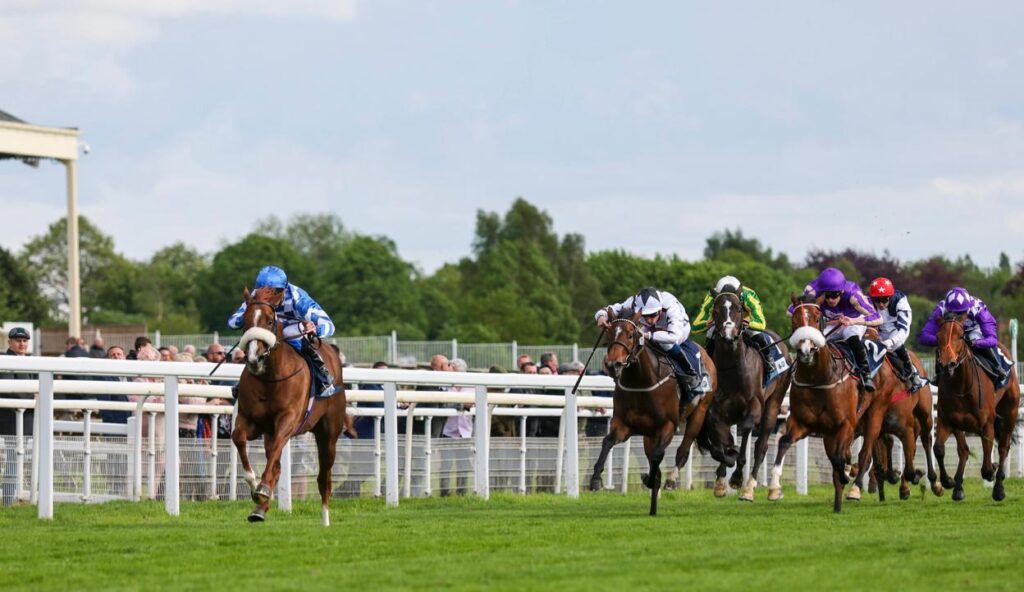 Juveniles are one of the most exciting aspects of racing. You begin with a blank slate and the dreams are alive with the 2yr olds possible of anything. It is a division where Kevin has excelled in but this year the team has had to wait for the first winner of the season. If there was any tracks to do it at then you could choose no better than York and Thunder Moor bolted up in the 5f British Stallion Studs EBF Novice Stakes.

Bronte Collection is a brand new syndicate set up at the start of this year and early on it looked as though they could have a proper 2yr old on their hands. The son of Dandy Man had shown all the right signs at home in his work and had the blistering pace to start over 5f. Coming to hand early he was sent up to Musselburgh to make his debut. Having taken everything in his stride up to that point, Thunder Moor misbehaved once going down and at the start. It was a surprise to see but clear that he could never show his true colours, which resulted in a weak effort. Obviously the occasion had got to him but the ability was there so Kevin went straight back to the entry book and immediately looked towards the Dante meeting at York.

Kevin’s record at York is fantastic with 2yr olds, but then again you have to send a good one due to the quality of racing. Everyone was confident of Thunder Moor’s ability but it was going to be interesting as to how he would handle the occasion. After getting a little worked up there were measures taking to keep the lid on and Danny Tudhope was quickly on board the colt, taking him straight down to the start. It wasn’t the perfect start but looked as though the measures had kept things a lot calmer.

You want the explosion and exertions coming from the stalls and Thunder Moor did just that. A flying start saw the chestnut grab the lead, move over and take the rail for good measure. Whether his 8 rivals could lay up or not, Thunder Moor led them a merry dance, showing natural speed throughout. Danny didn’t fight with his mount and allowed the colt to stride on. Despite his blistering pace, Thunder Moor was doing everything relatively easily and wasn’t trying to take his jockey on.

By halfway Thunder Moor had the rest of them at it and the pace was beginning to show on a few of his rivals. Allowed to continue striding on, Thunder Moor now stretched them once more and began to turn the screw. Suddenly the advantage grew and the race was within the leader’s grasp. Between the 2f and 1f marker Thunder Moor quickened up and darted clear. Opening up a distinct advantage, there was nothing that could go with him and now Danny just wanted to keep him up to his work. First time out the race had almost ended by this stage so education was key. Grabbing a tighter hold on the reins and a couple of flicks, Danny gave Thunder Moor a message to stay straight and keep striding out. The colt responded by pouring it on and his final furlong was close to a victory lap. The winner was clear so it was who would be chasing him home. Thunder Moor powered to the line to win by an impressive 2 1/2 lengths.

First time out proved to be a mis step and this performance was a true show of his ability. Thunder Moor showed blistering speed but then quickened up when asked. In truth the race was won by halfway and it is clear that Thunder Moor is above average. Obviously at this time of year everyone’s eyes turn to Royal Ascot but it is far too early to say whether that is the correct call. If the colt turned up at the Royal meeting then he would certainly head there with a big chance but Kevin will do right by him first. It would seem that a step up in grade could be on the cards and there are a few listed and conditions races which lead up to Royal Ascot.