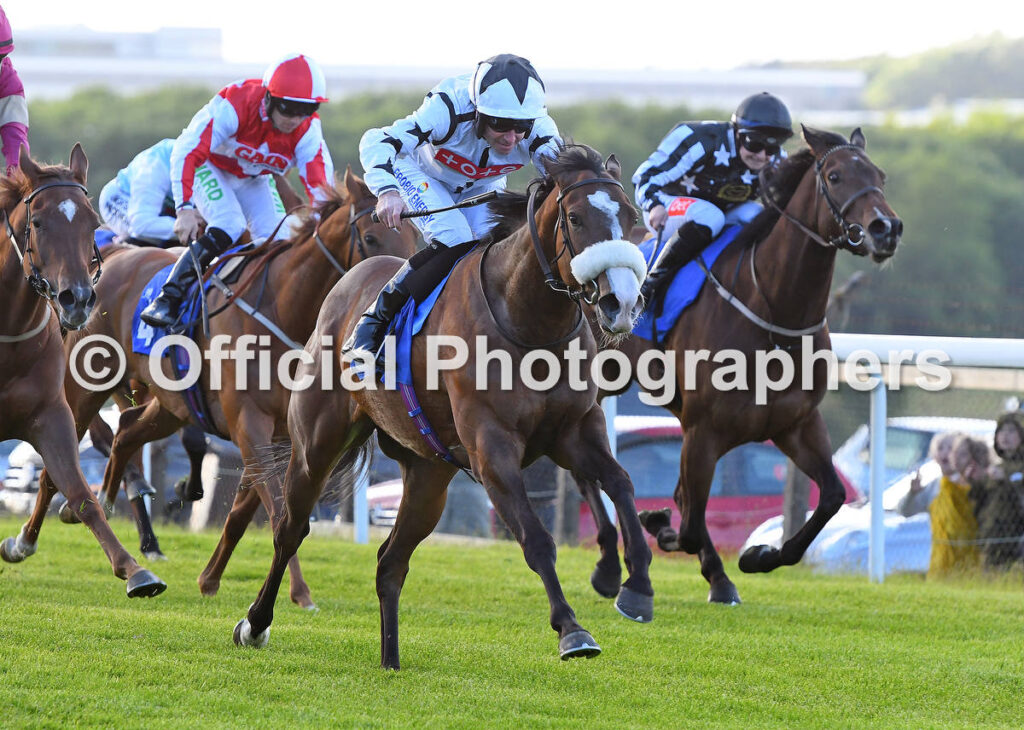 Unfortunately plans do not always work out and there are certainly bumps in the road when training horses. This time last year Mas Poder was gearing up for Royal Ascot after a promising debut run. Winning seemed only a matter of time but connections have had to wait due to setbacks. Thankfully Mas Poder got her head in front when dominating from start to finish in the 5f Melanie Jollif’s 60th Birthday Fillies’ Novice Stakes at Pontefract.

Starting in the listed Marygate Stakes at York, Mas Poder showed huge promise when finishing fourth on her debut. It gave connections the opportunity to head down to the Royal meeting and let her take her chance.  Having struggled to get involved, Mas Poder would not be seen again after a setback would keep her out until this year.

Despite the lay off, Mas Poder was pleasing in her home work and came to hand early on in the season. Stepping up to 6f she never landed a blow but it was a run that she could build confidence from. Next time out she showed far more of her natural speed to lead, before getting a little tired late on and weakening out of it. Having shown her natural speed, Mas Poder would be dropped to the minimum trip next time out.

With just four runs to her name, Mas Poder was still an unexposed filly and connections decided to stick with the novice route instead of stepping into handicap company. The 8 runners who would line up at Pontefract did not provide the strongest field and Mas Poder held the highest rating. She would be the market rival to the favourite and it would seem that if they ran to form then the race should be down to those two.

Tom Eaves was booked for the ride and took control of the race from the off. Using his filly’s speed, Mas Poder was sent to the front after leaving the stalls. She showed blistering speed to move over to the rail and lead the runners down into the left handed bend.

It was around the bend where Tom could just slow it down a little to give his mount a breather. Having grabbed the rail they were taking the shorted route, forcing their rivals to go around if they wanted to challenge. Holding a length lead into the home straight, Mas Poder continued to travel well. Tom was waiting to kick, knowing full well the finish can be energy sapping and costly for the win.

Mas Poder had put herself into a winning position moving towards the final furlong and it was now the button was pressed. She had burnt off the majority of the field and quickened from the front. There was only the favourite who could land a blow and was giving chase as the ground rises up. Moving into second with 1/2 furlong to run, it looked as though Mas Poder may be a sitting duck in the final strides. Although the lead was dwindling, Mas Poder was brave and kept finding for Tom. Hearing the hooves rattle behind, Mas Poder found a little more in reserve to repel the favourite by 3/4 length.

It was fantastic to see Mas Poder take her first career win. This seemed like something which would have been a given but racing isn’t always straight forward. Everyone at Nick Bradley Racing had to be patient and it is nice to ready this with a winner. The handicapper probably won’t do anything following this win so she should be competitive going forward. Confidence is now key and Mas Poder will have been given a massive boost with this win.