Marhaba Proves To Be The Champ 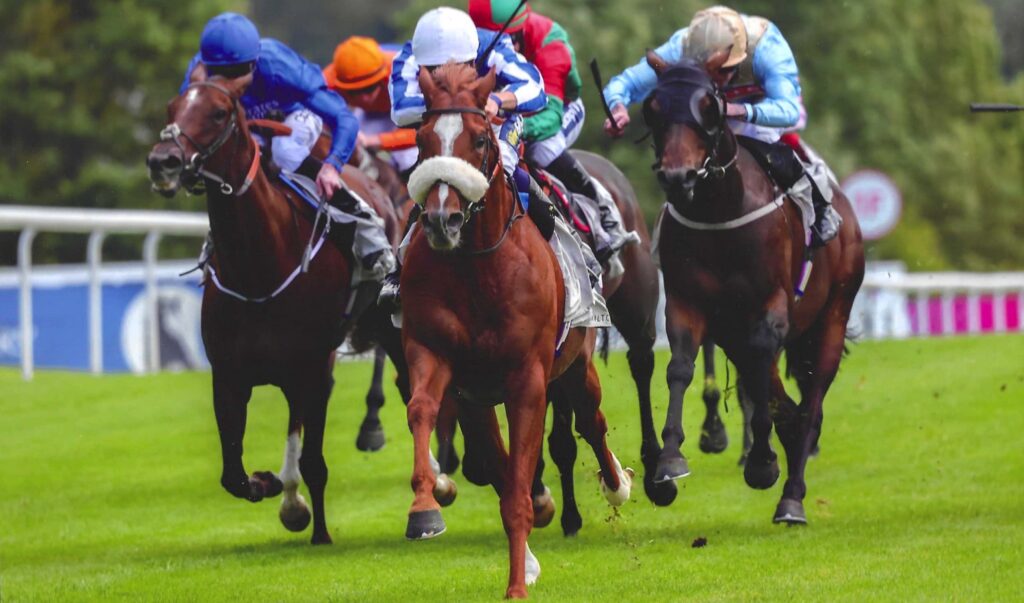 Galileo will go down as one of he greatest, if not the greatest, sire there has ever been. Kevin was lucky enough to train a few of his progeny and Marhaba The Champ is one last chance of the champion. He has been a slow burner but got off the mark in impressive style winning the 1m2f Bardykes Farm Nursery School Handicap at Hamilton.

By a champion and out of a Group winning dam, Marhaba The Champ had the pedigree to suggest class. He wouldn’t be the typical physical you would expect from Galileo but he showed early on that a little stamina test would be suitable. It was clear that time would be beneficial to the colt and he would only make the one appearance as a juvenile.

The winter break did him well and Marhaba The Champ returned with a fair effort over 1m. Although he ran well, it seemed as though something was holding him back and so it proved, with the colt receiving a wind op to help him in the future. The procedure looked to have done the trick as he then went on to finish second when stepping up 1m2f at Ripon. After being carried across the track he did very well to only get beaten by 1 length.

Marhaba The Champ was clearly a decent horse and an opening mark of 84 was probably spot on for the 3yo had shown. Stepping into handicap company for the first time, Marhaba The Champ would tackle 9 rivals at Hamilton. It was an open looking contest but a very competitive one with the unexposed 3yo’s taking on their elders. Kevin Stott headed to Scotland to ride and would give him a perfectly judged ride.

Jumping well, the chestnut was quickly into stride allowing Kevin to move up and be positive. Sat on the leader’s girths, Marhaba The Champ tracked over from his wider draw to race closer to the rail. They almost immediately began racing right handed around the loop and Kevin had his mount perfectly positioned to take the long, swinging bend.

The weather has changed as we head into Autumn and the rain softened ground would dictate where the field would race. As they straightened up and raced downhill, the leader edged off the rail to take the field towards the centre of the track. Following his rival, Kevin maintained his position and continued to take a lead.

Moving into the final 3f the entire field looked to have a chance with the field bunching up as the leader tried to kick on. As the jockeys looked to make a challenge they fanned out across the track and began to look like a cavalry charge. Kevin continued to stalk and was number one in line to challenge the leader.

Weakening in front, the leader succumbed and it was Marhaba The Champ who moved through passing the 2f marker. Kevin was beginning to work and get his mount lengthening. There were plenty of dangers with 1/2 mile to run but Marhaba The Champ had yet to hit top gear.

Holding a length lead heading into the final furlong, he would have the uphill finish to contend with. It was this point where Marhaba The Champ would really switch on the after burners. Stamina kicked in, class kicked in and the 3yo quickened clear. The race was put to bed within a few strides as the chestnut kicked into a couple of lengths lead. He was not for catching and Marhaba The Champ secured his first career win by 2 3/4 lengths.

The colt had shown potential on previous runs but this is where he really came of age. Alway in a great position, once Kevin asked the question the 3yo put the race to bed and showed a nice turn of foot. It looked as though he did so quite easily which shows that there could be plenty more still to come from Marhaba The Champ. The handicapper will assess him again so it will be interesting to see how he sees this performance. Marhaba The Champ is a lovely prospect and could be one for the bigger 1m2f handicaps in the future.