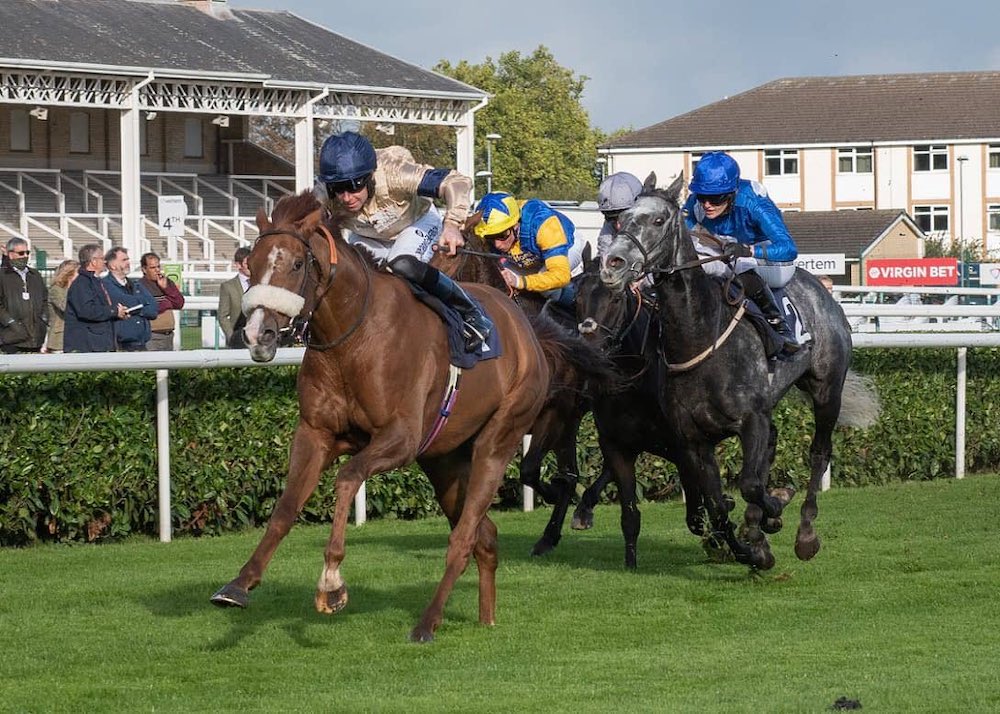 There are certain factors that see horses come alive, whether that is a track or ground conditions. For Magical Spirit he seems to save his very best for the latter stages of the year. Obviously that is not the only time he has seen the winner’s circle but the chestnut has put some top performances in late season appearances. Having knocked on the door all season long he cut through the field to win the 6f Vertem Investing In The Future Handicap at Doncaster.

Year in year Magical Spirit has improved and taken his form to new level. Last season’s Ayr Silver Cup win was a career high that really put him in contention for some of the top handicaps coming into 2021. It didn’t quite work out, although it was far from disappointing as he knocked on the door all season long. Just beaten in the Shergar Cup and then a solid fourth when defending his Silver Cup, Magical Spirit looked as though he was ready to pounce once more and he duly obliged at Doncaster.

Lining up against 9 rivals with Tom Eaves in the saddle, Magical Spirit probably recognised many of those alongside him. Small but competitive competition for the Class 2 event, Magical Spirit didn’t make the best start, as he was half in the air as the gates opened. That left Tom with no option but to sit tight and not force it early on. Now situated at the rear of the field, Magical would have to pass all of his rivals to win the contest. Ground conditions were soft so the gallop was never going to be crazy and it was a nice, even pace throughout the early stages. The field converged into one towards the stand side which offered Magical Spirit plenty of cover.

Despite the testing conditions underfoot, the race was to develop a long way out and passing halfway the pace increased. This had a domino effect and one by one the field cam under pressure to try and lay down their challenge. Magical Spirit started to make some smooth headway and Tom just angled him out, coming down the near side. With his mount going well the last thing he wanted was to get stuck behind horses.

The handicapper would have been pleased between the 2f and 1f with all the 10 runners in with a chance and spread wide. Magical Spirit was beginning to motor and the race really broke apart moving into the final furlong. Those who had been towards the fore were paying for their early challenges and gave way to the closers from the rear. One of those making headway was Magical Spirit who began to storm down the near side. This move was matched but Magical Spirit had more in the tank. Neck and neck for the lead, Magical then changed his legs with 100 yards to go and found top gear. The ground was being eaten up and Magical Spirit began to assert. Pulling further and further clear in the last 1/2 furlong, the margin continued to grow until reaching 2 1/4 lengths as Magical Spirit secured a smart win.

This win was well deserved and even more impressive than the margin of victory was that it was a new career high winning mark of 92. This will certainly push Magical towards the 100 mark which will see the top sprint handicaps in his sights next year. There could be one more run for the 5yo as he is obviously in top form but the options are limited. With a new mark to contend with it may be that the gelding has to return to Doncaster for a first tilt at pattern company on the closing weekend of the season.