Lady Raeburn Is Off The Mark 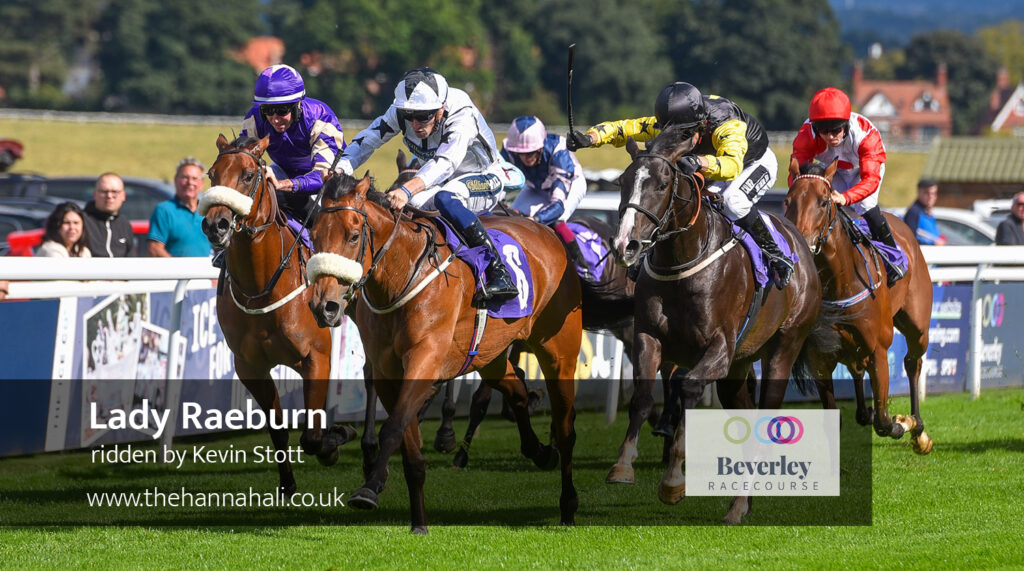 Mehmas is a young stallion making giant strides and has certainly passed on his speed genes. After a sparkling start to his second career Mehmas has now found many of his progeny being brought to Hambleton Lodge as Kevin has quickly become a fan. Lady Raeburn was another to deliver for the team as she earned a first career win in the 5f IRE Incentive Scheme At Irish Sales EBF Restricted Maiden Stakes at Beverley.

The 2yr old filly was a late addition to the team due to going through the sales ring in June, with the Goresbridge Breeze Up sales moving to Newmarket. It was clear that the filly could gallop and having come through the breeze up system there wasn’t a long wait to see here in action. Only a month later and she made her racecourse debut at Hamilton. Running a 94 rated filly close on her first run, Lady Raeburn looked like a winner waiting to happen but unfortunately it took a little longer than was first expected. With two lesser efforts to follow up, Lady Raeburn had failed to build on her cracking start. Having received a handicap mark of 77, the filly was open eligible for nurseries now but connections opted to stay with the maiden/novice route.

Looking as though a step up to 6f may be suitable going forward, the stiff 5f looked as though it should be ideal. With Kevin Stott in the saddle the filly would line up against 8 rivals. Backed into favouritism Lady Raeburn jumped ok but Kevin was in no rush with the filly as she had possibly gone too quick last time out. Nestled in behind runners, Lady Raeburn raced in midfield through the early stages. Racing downhill and left handed the field were going a good clip.

Quickly through the first couple of furlongs they raced past the round course to bare down on the home straight. As the pace quickened entering the second half of the race, Kevin just had to niggle his filly to get her quickening with the others. Although there was no panic from Kevin, Lady Raeburn did just get a little bit outpaced and shuffled back slightly in the pack.

As the field galloped past the 2f and on towards the final furlong the ground rises up. Kevin was quietly working away and began to manoeuvre his filly out towards the centre of the track. The speed was holding up and still Lady Raeburn had ground to make up but she was beginning to shift through the gears. Edging all the way out Lady Raeburn found a clear run as they passed the 1f marker and began to make some headway. 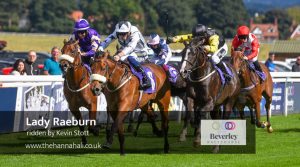 Lady Raeburn was due a win and she duly delivered for her owners, Nick Bradley Racing. The filly looked as though a step up in trip could be the key to a success and she did need every yard of the stiff finish to get on top. Once Lady Raeburn got going she was well in charge and won with a bit of ease in the end. Her opening mark looked fair and Lady Raeburn can build on this success. It is likely that she will step up in trip next time out and she is a filly with a future.