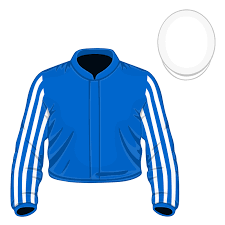 It can be quite daunting for juveniles when they begin their careers and it can take even the best a run or two to figure out what is required. Kentucky Rose fit this bill as she went from being very slowly away on debut to running a little too enthusiastic on her second outing. This experience did her good when she made her third start and won the 6f QTS Group EBF Restricted Maiden Stakes at Ayr.

With only four declared for the novice contest, Kentucky Rose headed into the race to tackle a pair of newcomers and one rival who didn’t have the same level of form. It was quite hard to weigh up the chances of the quartet but with experience, Kentucky Rose had a big chance to get off the mark. Tom Eaves travelled to take the ride and kept everything very simple.

Bounced out from the stalls, the filly quickly took the lead and set about putting her experience to good use. There was no hanging about with the quartet in close quarters and Kentucky Rose led them on a decent early gallop. Despite having the best form, she wasn’t sent off favourite, that was newcomer Bitcoin Ranger who need bustling along to keep up with Kentucky Rose.

Tom allowed his filly to stride on through the first half of the race and already the four had split into two pairs as the pace began to show. Kentucky Rose was never left alone in front but quickly bared down on the 2f marker where Tom continued with his positive ride. For a few strides the lead changed hand  but once Tom shook the reins, Kentucky Rose changed her lead and started to lengthen. It took a little time for the filly to really find her stride but it was her rival who came under stronger pressure first.

Entering the final furlong Kentucky Rose had taken the lead back once more and was now hitting top gear. Her inexperienced pursuer just couldn’t match her and the lead stretched to a length and was only going to get bigger. Tom wanted to keep his filly up to her work, again giving some education and it was needed. Kentucky Rose petered out for a few strides but once her jockey changed his hands she went once more. The 1 1/2 lengths quickly grew again and doubled in size. Striding out Kentucky Rose kicked clear to give Tom enough time to have a look at the big screen and ease down towards the finish.

There wasn’t too much to beat in the race but Kentucky Rose could only do what she did and in the end it was an impressive first win. She travelled well and did quicken up when asked. There were certainly still signs of greeness, late on where she could possibly have done with some help. She is taking the right steps with each run and should continue on an upward curve. Plans will now come down to what the handicapper has to say as Kentucky Rose is eligible for a handicap mark.