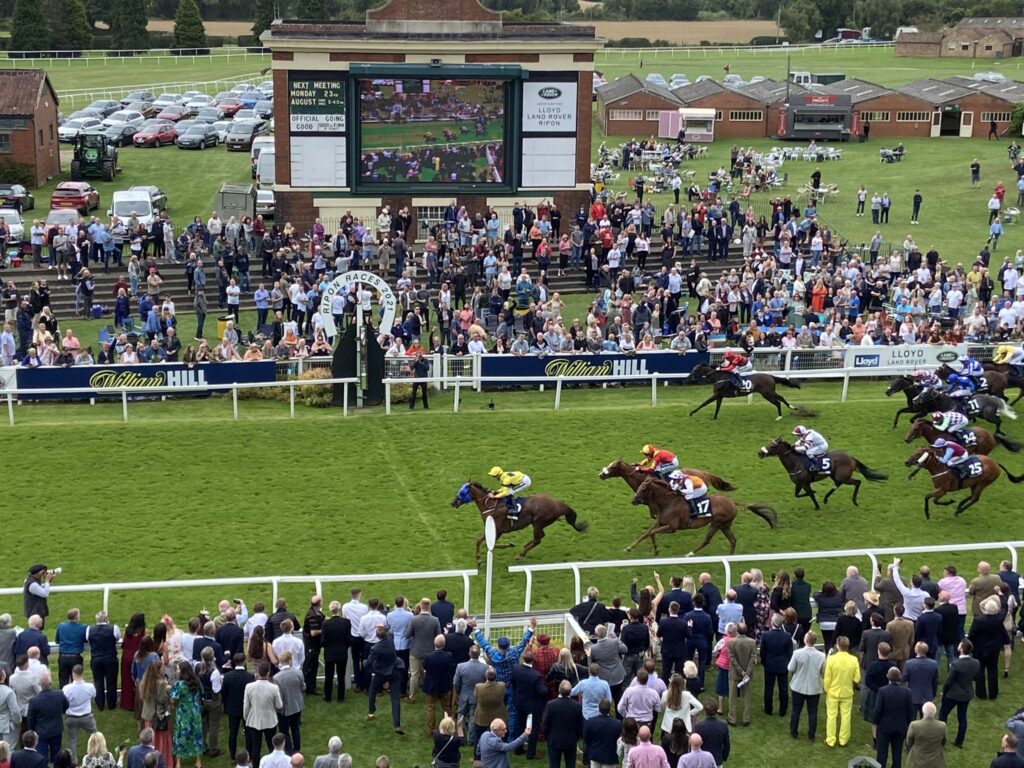 Top sprints litter the honours board at Hambleton Lodge, ranging form the heritage handicaps to the highest Group 1 level. Kevin has long been a dominant force in this division but there was one historic race eluding him. Ripon is just down the road and hosts the Great St Wilfrid handicap, which surprisingly took 22 years before the trophy finally found it’s way to Hambleton Lodge courtesy of Justanotherbottle.

Having moved to Kevin last year, Justanotherbottle had a career which had already seen him compete in the top handicaps, peaking in a rating of 105. Arriving as a 6yr old, it was clear to see that the team were gaining a talented sprinter but there would be a transitional stage for the gelding. Fortunately Justanotherbottle did manage to get his head in front when scoring in the Catterick dash on his final start of 2020. It was a win which boosted the excitement for the following season, with the top sprints in his sights.

Although the form book read very well there was one factor that stood out. With 7 career wins, 6 of those came at the minimum trip and the other was over 1/2f further. Despite running over 6f he had never managed to get his head in front. Natural speed is a big asset to Justanotherbottle so he would begin this season tackling the minimum 5f. It was an up and down first half fo the season with some good efforts and some below par ones in between. When he didn’t perform in the Stewards Cup at Goodwood, a track where he has good history at, Kevin knew a different angle would need to be looked at.

Dropping to a mark of 92, his lowest mark in 3 years, Justanotherbottle could still get into the Great St Wilfrid. He did look well handicapped but would need something to spark a return to form. The blinkers were turned to, a first in his 5 year career, as Justanotherbottle lined up in the feature race. Kevin Stott had been the last man to win on the gelding and he was back on board to try and rejuvenate the partnership.

Drawn in stall 19 there was only one thought on Kevin’s mind as the gates burst open. With Justanotherbottle quickly away he immediately headed to the stands side rail as the 20 strong field split into two groups to race on either side. It was a fairly level split and as Justanotherbottle helped force the issue down the stands side, the other group looked to be on terms through the first couple of furlongs. Despite showing good speed, Justanotherbottle was travelling in Kevin’s hands, showing that he was doing just the right amount of work through the early stages.

By halfway Justanotherbottle had edged to the front on his side and did seem to have the overall lead. Kevin wasn’t worrying about the trip and allowed his mount to stride on. Passing the 3f and already he seemed to have a few at it, trying to remain in contention. It started to seem as though the near side group held an advantage as the challenges began to wind up. Kevin had yet to move and Justanotherbottle continued to pour it on from the front. Sticking as close to the rail as he could, Kevin just began to wind his mount up moving into the final couple of furlongs.

Justanotherbottle had seen clear daylight throughout and when he was asked to go and finish his race, he did just that. With 1 1/2f to run the chestnut kicked on and opened up a clear 2 length advantage. Suddenly there was a distinct advantage and Kevin now had sights set on the finish line. Underneath him was a very willing partner and all he had to do was see out the final furlong. If there were any doubts about the 6f trip they were quickly dispelled with Justanotherbottle continuing to open up his lead and staying on powerfully. Challenges did come and the biggest dangers were from the near side group but the margin was unassailable. With the leader not for catching the result was done with the final 100 yards to run. Kevin had time to start easing his mount down as Justanotherbottle cruised home to a 1 3/4 length win the Great St Wilfrid Handicap. 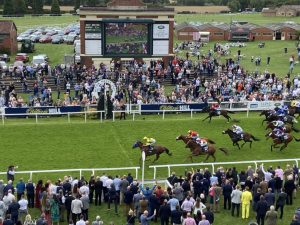 It was a very nice moment for Kevin to secure this race for the first time and Justanotherbottle proved that there is still plenty left in the tank. Although he had never won over the trip he had some top form at it. He looked as enthusiastic as ever, which probably is down to the blinkers just giving a little kick up the backside. From a long way out the race looked to be comfortable and Justanotherbottlewon with a bit in hand. Owners Mr Martin Tedham and Steve Ryan have deserved a big win with this horse and it is fantastic to deliver that for them.