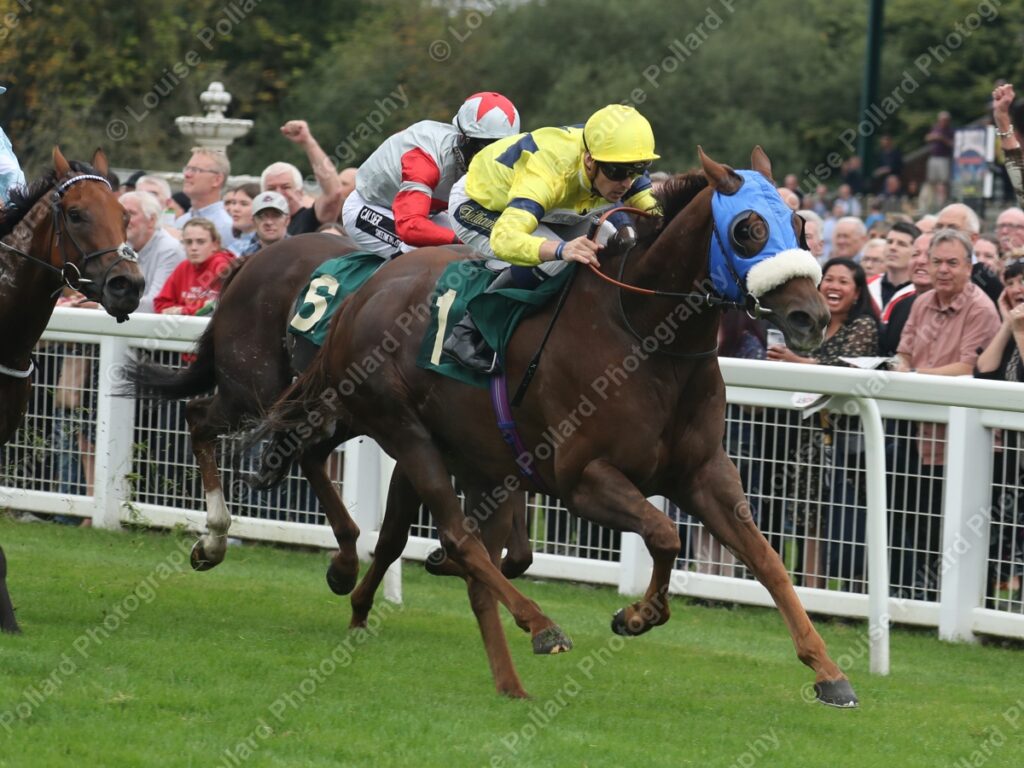 Winning an historic race at a local track for the first time will go down as a season highlight. Justanotherbottle showed his rivals a clean set of heels to take the Great St Wilifred handicap at Ripon. He returned to the track just a month later and put in a carbon copy performance to take down the 6f Ripon Cathedral City Of The Dales Handicap.

Although Justanotherbottle is probably heading towards the twilight of his career, at 7yrs old he has found another level in his form. The current handicap mark is still shy of his best but the form book reads very well. Taking down the St Wilfred was a fantastic effort and he then backed that up with a fine second in pattern company. Showing good speed again, Justanotherbottle was runner up in the 5f listed Beverley Bullet. It was his first foray into pattern company and he did everyone proud.

Recently an addition of blinkers has seemed to help Justanotherbottle regain his zest during races. With two good runs in the bag the option at Ripon came along and was clearly ideal for the St Wilfred winner. The race came at a time when there were plenty of top sprint handicaps so it was a relatively small field of 8 lining up. Field size had a knock on affect with the weights as there was an 18lb spread. Justanotherbottle would have to carry top weight for the contest as Kevin Stott took the leg up for the ride.

Drawn in stall 1 at Ripon can be a hindrance but the smaller field meant he wasn’t stranded out in the centre of the track. Out quickly, Justanotherbottle was immediately to the fore and Kevin kept everything simple, sticking to his draw. There was plenty of pace towards the stands rail but it was the chestnut who held the overall advantage towards the centre. It was strong gallop but Justanotherbottle was showing his usual early speed and his rivals needed to make their mind up about who they wanted to track. Despite the small number of runners there was a split with two groups formed through the first couple of furlongs.

Heading to halfway the field all fanned out as the jockeys were looking for their racing lines. Still leading, Justanotherbottle was joined at the front but this had no affect as Stott just maintained the rhythm they had. As the race began to warm up there were chances all across the track. Justanotherbottle was still travelling powerfully down the centre and took Kevin to the 2f marker.

Running in his hands, Justanotherbottle moved inside the the final 2f on the bridle. Kevin began to loosen his grip on the reins and allowed his mount to stride on. Justanotherbottle extended and edged a little further clear with ease. Those who had raced around the gelding couldn’t go with him and the main dangers were against the stands side. It was at the 1 1/2f that Kevin pressed the go button and went for home.

Under pressure Justanotherbottle kicked clear but had nothing to run with. Passing the 1f he just edged over towards the rail where his rivals were trying to throw down their challenges. The Great St Wilfred winner knew his way home from here but did just continue to lug left. Holding a couple of lengths advantage meant that he was far enough clear to avoid his rivals and his dominance was clear. With 100 yards to run it looked as though the race was at Justanotherbottle’s mercy and that is what it proved to be. The 7yr old maintained his gallop all the way to the line, winning for the second time at Ripon this year by 1 length. 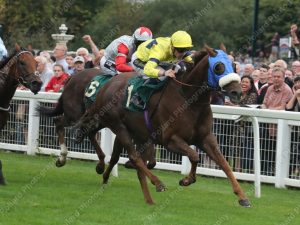 Justanotherbottle is in the form of his life at present and the blinkers really look as though have helped him. He shows great natural speed but is able to maintain that gallop and is just as powerful at the line as any point in the race. Simplicity is one of the best traits Justanotherbottle has with his running style. This win was off a mark of 97 and the handicapper will be reassessing him once more. It will be interesting to see how he judges this performance but a triple figure mark looks very likely. Justanotherbottle has already proven himself at this level so a potential step up in grade may be order. Owners Steve Ryan and Martin Tedham have enjoyed a great 6 week spell with Justanotherbottle and hopefully it can continue for the rest of the season.