Hambleton And Ryan At It Again 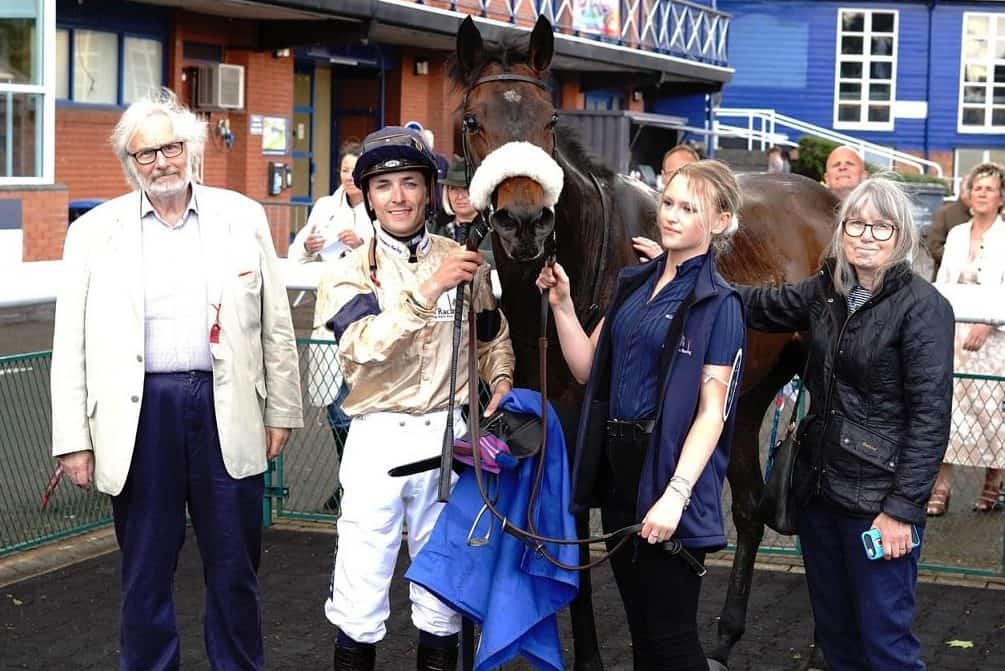 Hambleton Racing’s beige and blue silks have become well known throughout racing, cracking the top level and popping in with many winners. Sweet Glance ensured that the form or both parties continued as she made it three winners from the last three runners for the Ryan/Hambleton combination. Heading down to Leicester she returned with the win in the 6f Watch On Racing TV Fillies’ Handicap.

Sweet Glance was picked up as a foal for, in racing terms, next to nothing. Half sister to Sound Reason, it looked as though that may have been a shrewd move with connections realising that her elder sibling could develop into a fairly useful sprinter. As he slowly worked up the ranks, Sweet Glance was amazingly similar and was a bit of a slow burner herself. Not making her racecourse debut until October of last year. It was a pleasing debut which was followed by a first career win on the AW.

Unfortunately the start to 2022 was not exactly smooth. Having to run in a novice, Sweet Glance headed to Chelmsford where she ran no sort of race, with the filly being totally unsuited. Returning to the turf next time out and stepping up to 6f, Sweet Glance was far more like herself and showed that she should be winning again soon, especially with a mark of 63.

Taking on 7 rivals, Sweet Glance had Kevin Stott partnering her. Jumping on terms, Kevin just dropped his hands on his filly and let her find her stride. She was into a nice rhythm but as the pace increased, Sweet Glance was just shuffled back towards the rear. Racing more down the centre, Sweet Glance would have to pass the whole field, although they were quite well bunched up.

The ground was good to soft but there looked to be plenty of turf kicking up as the field galloped along. At halfway Kevin got a little anxious in the saddle and began to nudge his filly along as the tempo increased. As her rivals started to move forward and stretch out, Sweet Glance was struggling to go with them. She began to get a little detached at the rear but would rectify this soon.

Passing the 2f marker the field were spread right across the track. Coming good down the centre, Sweet Glance had suddenly put herself into contention and actually looked a big danger. Those who had gone great guns on the front end now started to feel the pinch and Kevin Stott now went for home.

Moving into the final furlong the race was between 2 horses. Sweet Glance had moved through to vie for the lead and settled down to tussle for the win. Eye to eye the leading pair were pulling clear of the rest and continued as the ground rose up. As Kevin asked more from her, Sweet Glance responded in kind, really sticking her head down. Stealing the lead away with 100 yards to run, the stiff 6f was proving no issue whatsoever and she ground her rival out. Pulling clear in the final strides, Sweet Glance secured the win by a length, going away.

Trying a stiff 6f on tough ground was certainly a different proposal than she had witnessed before but Sweet Glance thrived for it. She was outpaced early but found plenty for pressure and handled conditions with ease. It could be that this is just what she needs going forward, staying away from fast ground. She won with a little in hand here so it wouldn’t be a surprise for her to go on and potentially put a sequence together now.