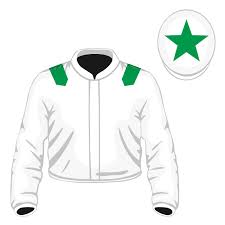 Always known for having a Midas touch with the 2 yr olds, Kevin has enjoyed one of his best seasons with the juveniles this year. This year saw a large team of youngsters and they have done the yard proud. With the third highest number of individual winners in British racing, Green Team made it 30 wins for the juvenile team when taking the 7f British Stallion Studs EBF Novice Stakes at Ayr.

Wootton Bassett was breaking news last year when he was purchased to join the Coolmore ranks after a blistering start to his stallion career. With this big transfer it looked as though Kevin could have made an astute purchase when he signed for a colt at GoffsUK for £55,000. Potentially he could be a cheap horse, especially when the sire’s new stud fee was released.

Owner Ahmad Al Shaikh has enjoyed success with Kevin over the past 10 years and rekindled the partnership with this colt. Carrying the name Green Team, which is the banner his horses run under, the colt was an exciting prospect for the year ahead. Despite being bred to get further in time, Green Team made his debut over 6f. Showing good speed he just weakened late on, showing signs of inexperience and immaturity.

Kevin took his time with Green Team and aimed the colt at Ayr with a step up in trip. It is a race that always attracts some nice types and is usually very competitive. This year was no different and there was a field of 13 set to line up. Shane Gray was booked for the ride and set out to be positive form the off.

The break between races had freshened Green Team up nicely and it showed through the early stages with him just taking a keen hold after leaving the gates. There was plenty of pace on so Shane was offered the opportunity to take a lead. As the field settled down to find their positions, Green Team was able to tuck in from his wider draw and sat just on the girths of the leader. He was still racing enthusiastically as they headed towards the bend.

Although Green Team was quite on the correct lead he handled the bend ok and with the leader looking to edge away from the rail he looked to be in the ideal position. There was well over 3f to run as they moved over to race down the centre of the track and they did get racing a long way out. The 7f would prove to be a stern enough test with the strong pace already shown and Shane had to begin working on his mount to get the colt lengthening.

Those who had raced towards the front were proving hard to peg back and as they entered the final couple of furlongs they still held sway. Shane had been cajoling Green Team and he was responding but couldn’t quite get on terms with the leader. It was the two market leaders who were vying for the lead as Green Team looked to just be falling backwards a little. It was at this point that Shane now got a bit more serious and with that the colt understood what was required. The half length deficit was maintained and Green Team looked to be finding once again.

Moving into the final furlong Green Team finally got past the long time leader who he had been looking at all race. Unfortunately that still meant he had yet to hit the front as the favourite had come through on the other side. Green Team was really understanding what was being asked of him and he had all the momentum moving forward. He quickly pulled up alongside the favourite and stuck his nose to the front with 100 yards to run. The race was done from that point as he strode out from there to win by a comfortable 1 length advantage.

It was a very pleasing win with Green Team who looks like a colt that should improve with time and develop into a nice 3yr old. He saw this trip out really well and certainly looks to matching his pedigree which has stamina through it. Stepping up to 1 mile looks like it should be no problems and he could be horse to get a little further again next year. Discussions will be had with connections regarding the rest of the season but whatever happens Green Team looks like he has a nice future ahead of him.