First Double Of The Year 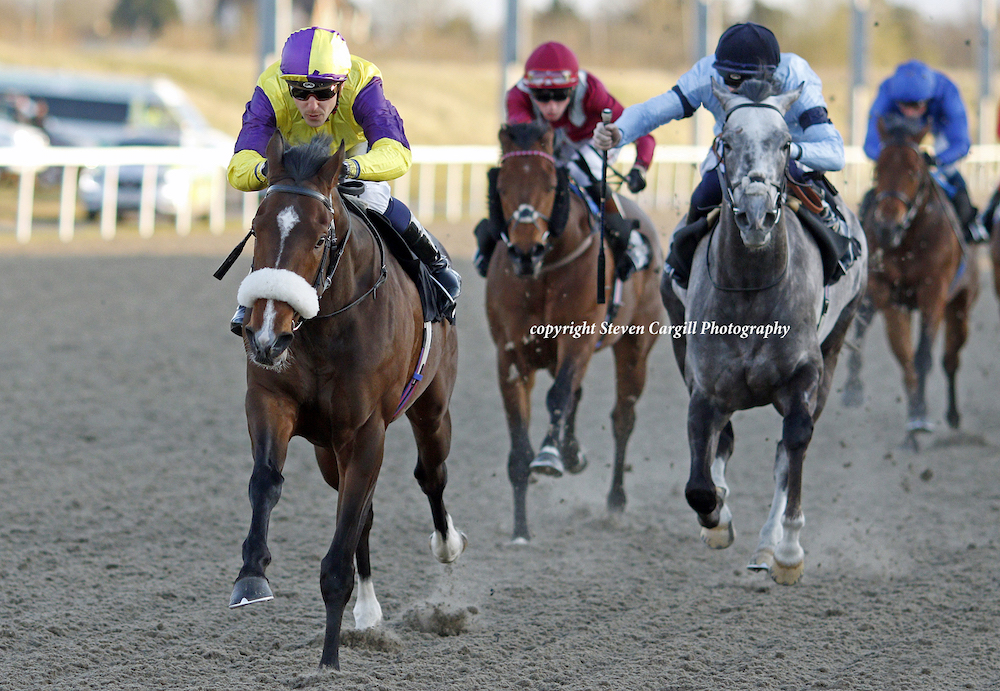 Although the 2022 flat season has kicked off, it was the all-weather and NH code that produced a double for the team. Both winners couldn’t have been more impressive in their respective fields and could well have bigger plans in their future. Spiritofthenorth destroyed his rivals at Wetherby before Dark Moon Rising impressed on his return to action at Chelmsford in the evening.

Spiritofthenorth was the epitome of consistent but could never find that elusive victory. Well like the old saying about London buses goes, he waited for that long and then two coming along at once. Having shed the maiden tag last time out on the flat he reverted to Hurdles at Wetherby and ran away with the 2m Join Racing TV Now Maiden Hurdle.

Although recording an impressively consistent run of form, Spiritofthenorth could never break the run of placed efforts to gain a first career win. This had seen him try everything and it was the reason that he was tried over hurdles. Unfortunately it was the same story and he recorded three fine efforts, resulting in placed runs but again missing that first career win. Thankfully that maiden tag was relinquished when he got off the mark at Wolverhampton, something which could hopefully act as a springboard.

Deciding to revert back to NH, Spiritofthenorth lined up at Wetherby as the second top rated in the maiden hurdle. Previous runs had been good but there was a need to settle better throughout the race. Champion jockey elect, Brian Hughes was back int he saddle and took control of the race from the tape going up. Although allowed to go on, Spiritofthenorth decided  he wanted to go quicker and settled into his typically free going style. It was a good gallop set and he stretched the field out heading into the first obstacle.

After popping over the first three hurdles the field past the winning post for the first time and swung into their second circuit. Spiritofthenorth settled a bit better now but maintained a clear lead. There is a long run to the next obstacle which did allow a couple of his rivals to close the gap but also let Brian to fill the tank and get a breather.

Spiritofthenorth continued to jump well down the back straight and this saw the leader pile the pressure on with relative ease. With every obstacle taken the lead grew and it seemed as though one more rival dropped out of contention. No mistakes made, Spiritofthenorth was clear swinging for and his nearest rivals were paddling in his wake. Even with three left to jump the race was over, barring any drama. Popping three out and the two out, Spiritofthenorth held a lead of over 30 lengths and it was a case of name you distance. Despite the lead, there is always chance of last hurdle faults and Spiritofthenorth made a big one. Clattering through the final hurdle, he managed to find a leg and stay upright, a real heart in mouth moment for all. Thankfully his one mistake was not costly and Spiritofthenorth cruised him to record an emphatic 32 lengths win.

Barring the last, his jumping was very good and Spiritofthenorth proved far too good for his rivals. Although he set off quite keenly, he did settle and looks to be maturing with each run over the sticks. This win will see his mark changed and opens up plenty of options for him, whether he stays in this code or changes back to the flat. It is just great to see Middleham Park’s owners celebrating another win for Spiritofthenorth after so many near misses.

The evening meeting saw Dark Moon Rising return to action at Chelmsford. The Night of Thunder colt had been an improving type last year but coming into 2022 held some pretty lofty entries. He couldn’t have made a better start to the year as he comfortably took the 1m Woodford Reserve Cardinal Conditions Stakes.

Physically Dark Moon Rising always looked the type who should improve as a 3yr old and this was matched up with his breeding. Everything he did as a juvenile was a bonus so to see him round the season off with a mark of 90 was promising. All those feelings seemed to be proved correct once the colt returned after his winter break, with the 3r old filling out and strengthening up.

Entries in the Dante and French Derby show how highly he is rated by Kevin so it was going to be very interesting to see where he would start his colt off. Obviously Dark Moon Rising has a long way to go before those races but Kevin immediately stamped his intentions when declaring the colt for the £100,000 conditions race. Not only was it a great prize but also holds an invitation to the Kentucky Derby. The line up of 6 3yr olds saw highly rated animals against potential. Dark Moon Rising would actually need to find 13lbs with the top rated Harrow, showing the task ahead of him.

Kevin Stott travelled for the ride and produced a confident display in the saddle. Bustled out of the gates to get into stride Dark Moon Rising was sent to the front by Stott and got there after a little work. It wasn’t uncontested and they had to dispute front running duties. As they swung around the first bend, Dark Moon Rising ended up sitting on the leader’s girth who took a keen hold up the inside rail.

The pace was not the strongest throughout the contest and halfway out there was a change up front, which demoted Dark Moon Rising to third spot. Kevin is not one for panicking and maintained his spot as they entered the home bend. The colt travelled smoothly and when the pace quickened, just before the straight, Dark Moon Rising moved up dangerously. Kevin loosened the reins and let the colt lengthen.

It was an impressive display from Dark Moon Rising, especially first time out this year as he will come on for the run. He travelled well but was strongest at the line which does suggest that 1m2f should be no issue in time. With the runner up rated 103, Dark Moon Rising will certainly get a big hike in the handicap now but the aim could well be higher than handicap company. There was plenty of excitement behind Dark Moon Rising and he has done nothing to quell that. 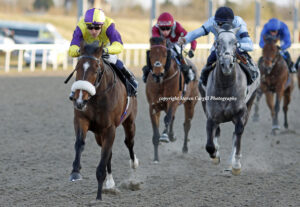