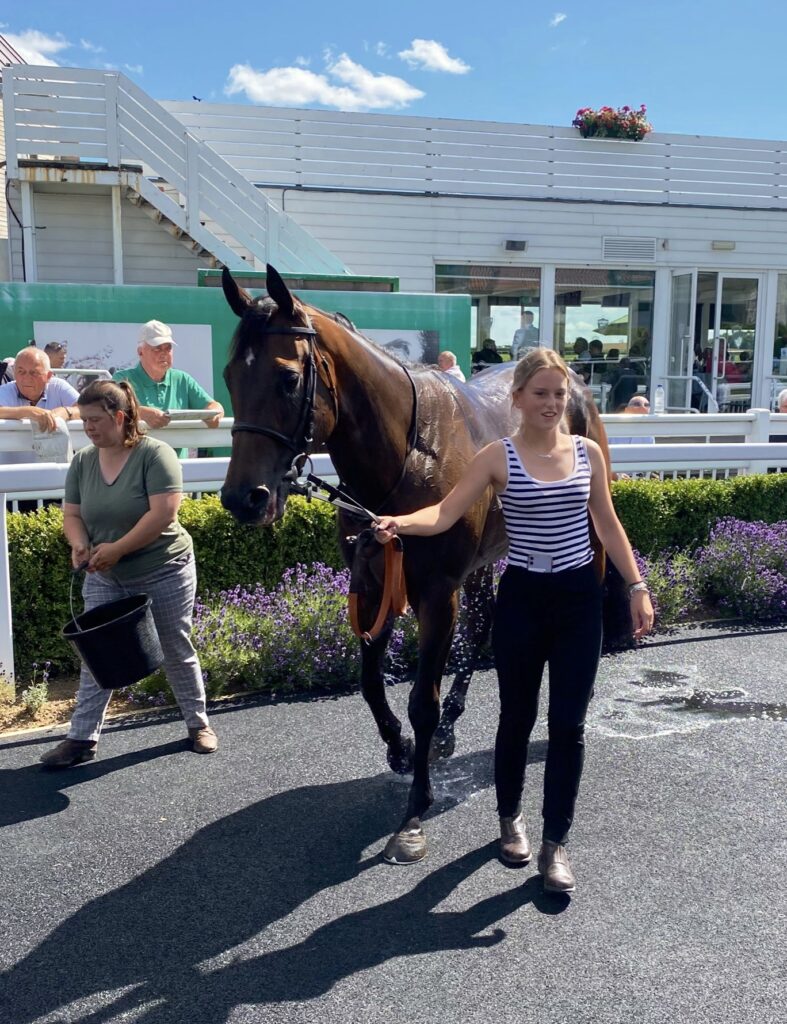 Field size numbers have been a matter of contention for a few years now with many differing options as to why they are happening. Unfortunately trainers must do right by their own horses and although it is not great to see, when you can take advantage of the situation it can be a hug benefit. Fast and Loose took on just 2 rivals and gained his first success when winning the 6f racingtv.com Novice Stakes at Catterick.

The 3yo son of No Nay Never made just the one start as a juvenile but returned to action this year looking more like the furnished end project. After a couple of placed efforts in Novice company he stepped into handicaps off, what looked like, a very fair mark of 80. It also coincided with a step up in trip to 7f which he had looked to be crying out for. Unfortunately the new trip proved too far. Returning to 6f for a fair effort, and better than the bare result, at York he then filled the runner up spot in another maiden at Ripon.

Fast And Loose could easily be seen as unlucky or maybe a little un-genuine with the placed efforts next to his name. It just seemed as though his day hadn’t come yet and Kevin was to try cheek-pieces to help the gelding concentrate at the business end. Lining up in a race of 3 runners is always interesting regarding tactics but Kevin Stott was only going to do one thing when the gates opened.

Sent to the front immediately, Fast And Loose led at a brisk gallop from the pair of rivals. It was the fav who gave chase but stuck on the outer, she ran quite keen, failing to settle. Fast And Loose was happy out in front and travelled comfortably as they headed into the left handed bend. Realistically it did look like a match race between the front two and that is how it developed.

Fast And Loose was in control of the race from the get go and with his main rival failing to settle, the writing was on the wall a long way from home. Kevin kept his mount together swinging off the bend and into the home straight. He waited in front to see what his rival would do but there was minimal danger. He wound it up passing the 2f marker and this increase in tempo did see the outsider getting dropped. Fast And Loose lengthened and although he did just edge of a straight line he had the race in complete control. The favourite was proving to be quite difficult but she was never really picking up to challenge. As they moved into the final furlong, Fast And Loose now went and won the race, quickening up and moving clear. He was showing a little bit of loneliness in front but Kevin kept him up to his work to secure a 1 1/4 length victory.

It wasn’t the most fascinating race to watch but Fast And Loose did everything he needed to do and won well. This could be the nice confidence boost that he needed and there is plenty of scope for improvement. Whilst the cheek-pieces did help him here, they may not be required moving forward and handicaps will now be the route. Fast And Loose should remain on the same mark and he and now really build on this first career win.