Double Up For Maidens At Hamilton 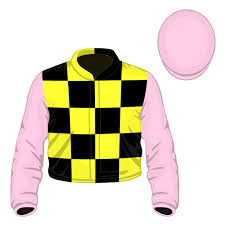 It was an evening which saw two maiden’s off the mark for the first time in their careers. Although they were both breaking their ducks, the two individuals couldn’t be more different. The 2yo filly Peggy Sioux was making a winning debut whilst the promising Forza Orta was due a win after some near misses on a beautiful evening at Hamilton.

Mr Guy Reed not only owned some top class horses but also had one of the most recognisable set of colours within the sport. Kevin has been fortunate to train plenty of winners in these and throughout the years has got to know the families of the progeny he has trained. Peggy Sioux was the third offspring of La Napoule and the filly made the perfect start to her career with a comfortable win in the 5f EBF Novice Stakes.

Sporting a distinctive white blaze, Peggy Sioux arrived early in the year but would take time before making her first appearance. Like her sister Aunt Agatha, Peggy Sioux went through a growth spurt during the late spring months which led Kevin to turning her out to grow a strengthen. It was the correct decision and the filly thrived for a short break, coming back as a much more defined physical. This was proven with her home work and Peggy Sioux came back to hand quite quickly, leaving Kevin searching the entry book for possible starting points.

Hamilton has been a happy hunting ground for Kevin and even this year he has sent out a good few juvenile winners. Only 5 runners would line up for the contest but Peggy Sioux was the only debutante. With handicap marks of 86, 79 and 77 there was a fair standard set and Peggy Sioux would really need to put in a smart performance on her first appearance if she was to be a winner on debut. Kevin Stott was in the saddle.

Although jumping reasonably well, Peggy Sioux found herself playing catch up as her experienced rivals were quickly into stride. Kevin just had nudge his filly along through the early stages as he tried to keep tabs with the trio in front. Racing downhill, the pace was strong but the filly was understanding what was being asked of her. Not losing any distance to the leaders, Peggy Sioux was finding her feet as they charged through the first couple of furlongs.

There was no let up with the pace and the race began to develop a long way form home. Passing the 3f marker the jockeys were starting to become animated in the saddle. Starting to get racing that far from home would make the finish a real test despite this being over the minimum distance. It was at this point where Peggy Sioux was again in contrast to her rivals, suddenly coming really sweet for Kevin. After taking her time to find her feet, she now came back on the bridle. Incredibly she now left Kevin motionless as the pair pulled up to join the leaders passing the 2f marker.

The finish stiffens so Kevin just let out a little bit of rein to get Peggy Sioux to lengthen. The filly did as was asked and came to the fore with ease. with 1 1/2f to run she was just about in front and Kevin now asked her to go and finish her race. Once again there were distinct signs of greeness but the filly was showing a great attitude. She was trying for her jockey and although the favourite had come through to join her, it was the big, white blaze out in front. Kevin was educating his mount and with a couple of flicks managed to get changing her lead and quickening up. Inside the final furlong she held sway by just around a length but under the tutelage of Stott the penny was dropping. With just over 100 yards to run, Peggy Sioux found another gear and kicked clear. Opening up with ease she afforded Kevin the luxury of easing down as the pair won by 3 1/4 lengths.

This was very taking performance from Peggy Sioux who was learning all the while but answering everything being asked of her. Once she found her feet, Peggy Sioux travelled powerfully and managed to quicken off a strong pace. She won with plenty in hand and the margin of victory could easily have been greater. There was a fair benchmark back in second so this was a very taking debut. Peggy Sioux will obviously improve for the experience and looks to have a bright future ahead.

Later on in the card there was a far more expected winner for the team. When you get a string of second laces it can be disheartening but Forza Orta put all this behind him when he stylishly won the 1m3f Weatherbys Personalised Gifts Novice Stakes. It was a win which gave the team and Kevin Stott a double on the night.

The son of Fastnet Rock is owned and bred by Highbank Stud, who sent the 3yo into training this year. It was easy to see why the rangy 3yo took time as he was a big, long striding individual. Clearly he could gallop but Forza Orta would need a trip in time which confirmed on his debut run over 1m1f. Having fallen out of the stalls and being very inexperienced throughout the race, Forza Orta stormed home to finish runner up and enter many notebooks. Unfortunately he would fill the same spot on the next 3 occasions as Forza Orta bumped into some nice horses.

Promising whilst also being slightly frustrated, the handicap route was now open to Forza Orta as he started with a marl of 76. That seemed like a fair mark but Kevin decided to not utilise it and went back to novice company. Not only that but he would trying a new trip, stepping up to 1m3f for the first time have, just a furlong further than his previous few runs. The race revolved around the two individuals who held handicap marks, Forza Orta and Doctor Parnassus who had a matching 76.

With race seemingly revolving around the market leaders it was quite good that the pair were drawn alongside each other. Jumping on terms, Kevin took Forza Orta just in behind the leading pair, stalking his main rival. Although initially on the heels of the leading pair, Forza Orta was left a couple of lengths off them after a furlong, with a distinct split in the field. It was clear that the pace was strong as the field galloped around the loop.

Forza Orta ran in snatches for the first few furlongs of the race and lost his pitch, sitting second last as they ran uphill. Kevin just had to roust him along for a few strides, trying to get his mount into a rhythm which he had yet to find. The two fancied runners had raced through the early stages distinctly differently. Forza Orta was giving his rival a good head start which he would need to claw back in the latter stages.

As they swung off the loop and headed into the home straight the ground goes away from them, letting the field free wheel downhill. Forza Orta was still not travelling great and was needing Kevin to keep him up to his work. Despite this he was closer to the lead then any time before in the race. With 4f left to run the leader began to slow it up, getting a breather to then kick once again. This stacked the field up behind him and Forza Orta was now inching his way to the front. Unfortunately Kevin now had to change tact and just ease his mount as he was all over the back of those in front, which could have led to clipped heels.

As they raced past the cutaway, Kevin just quickly edged his mount out wide and the 3yo now moved forward with ease. Looming up down the near side Forza Orta pulled his way to the join the lead with his jockey seemingly more confident. One was started to drive away whilst one was motionless.

Between the 2f and 1f marker Forza Orta was lolloping along with his market rival. Kevin was sitting pretty on top and just waiting to press the button. Passing the 1f mark was the point at which Kevin decided to put the race to bed and Forza Orta quickly moved into the lead. Within strides the gelding had kicked clear and was pushed out with hands and heels. The winning margin was whatever it wanted to be and Forza Orta stretched out to win by a very comfortable 4 lengths.

This seemed like the perfect opportunity for Forza Orta and he duly obliged. It did take a while for the gelding to get going early on but then the race was over a long way from home. It looked as though the extra distance was no issue at all and he may even get further with time. It will be interesting to see if the handicapper takes any notice of this race but handicapping will now be the order and Forza Orta could develop into a nice middle distance prospect.