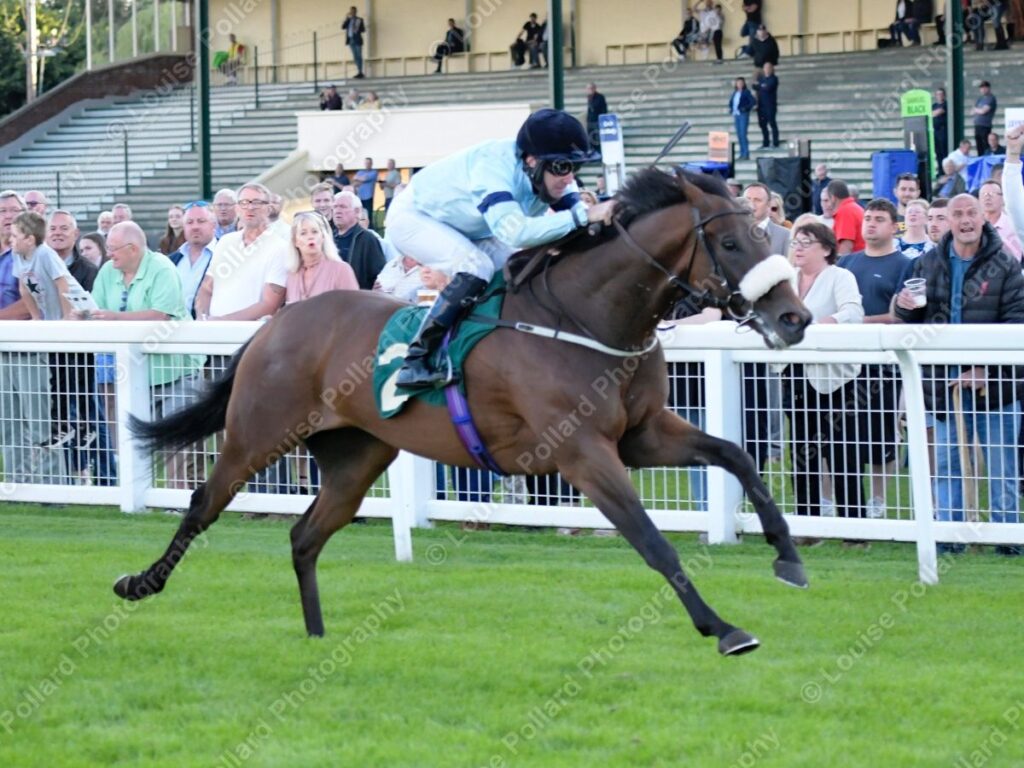 It has been an upturn in the number of winners recently and there were no signs of slowing up with an across the card double at Ayr and Ripon. With the Ebor meeting just around the corner it is nice to see the horses in good form as Merlin’s Lady and Digital got off the mark, both in impressive fashion.

Merlin’s Lady is a filly who was always going to receive attention when she made her debut. Purchased at Tattersalls Book 1, the daughter of Camelot has a couple of Group 2 winning siblings in the shape of Hunting Horn and David Livingston. With a pedigree like that she was always going to attract interest through the ring and it took a bid of £320,000 to secure her.

Attractive and athletic, Merlin’s Lady was never going to be one hitting the track early on but she had shown all the right signs at home throughout her preparation. Having slowly come to hand, Kevin decided it was time to get some experience into the filly and planned a trip to Ayr for the 7f QTS British Stallion Studs EBF Fillies Novice Stakes.

It was a trip that was sure to be the very minimum for the filly but she was ready to go and so she headed to Scotland to take on 8 rivals. Kevin Stott was booked to ride and settled the filly into stride form the off, as Merlin’s Lady was nicely away on her debut. Not forced early on she sat just behind the leaders, bang in the middle of the pack. With a very steady early pace set, Merlin’s Lady just tried to go on a stride quicker than Kevin wanted to. There was no big struggle and she quickly listened to her jockey to get into a nice rhythm.

Thought the first half of the race it was a little messy with the gallop being a bit “stop/start”. This saw Merlin’s Lady edge closer rounding the bend and Kevin nudged her in between horses as they turned for home, straightening up for the run in. With the race set to warm up it was going to turn into a couple of furlongs sprint and this was not ideal for Kevin. Sensing his filly would finish the race well he began to work away, asking Merlin’s Lady to lengthen, keeping tabs on those in front.

Entering the final 2f and the long time leader had the rest on the stretch, including Merlin’s Lady. Inexperience was certainly against the filly and it was up to Stott to help her along, educating the juvenile all the time. For half a furlong she saw her rivals just begin to inch away form her but the penny was slowly beginning to drop. Kevin changed his hands, cajoled and nursed the filly along and as the final furlong loomed he just asked a little bit more. Balanced and into stride he gave Merlin’s Lady a couple of flicks to get her moving forward and the filly responded.

Every yard they covered the more Merlin’s Lady began to find. It was slowly but surely at first but she had the perfect teacher on board. As the pair latched on to the leader’s tails she was given a little test with 2 of her rivals coming close together. Kevin continued to get her moving forward and Merlin’s Lady decided that the gap was of no issue to her. Although there was enough space it can be a daunting prospect for debutantes but Merlin’s Lady popped her head through to challenge. Deep inside the final furlong and Kevin had got the filly almost into top gear. Drawing alongside the leader, Merlin’s Lady had around 100 yards to run but now she was in full flow. In a matter of strides she pulled clear and put the race to bed. Momentum had taken her to a length advantage and Stott was quick to ease the filly down, securing a winning debut by 3/4 length. 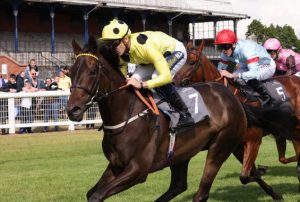 There was nothing but positives to take from this performance and Merlin’s Lady certainly showed she was full of potential. She travelled nicely enough which was tough with the muddling pace that was in the race. There were signs of inexperience but once the penny began to drop, Merlin’s Lady lengthened nicely and hit the line well. It was always thought that she would want further and the way in which she finished the race would back that up. Kevin Stott gave the filly a fantastic ride, educating her and being very kind whilst ensuring she worked hard enough. Sheikh Mohammed Obaid Al Maktoum has been a key supporter in recent years and it looks like he has a nice prospect to look forward to. Merlin’s Lady will improve for the experience and should get better the further she goes.

Although not a career first it was a first win of the season for Digital but certainly was not winning out of turn. The 3yr old had been steadily improving this season and arguably had the perfect opportunity in the 5f Titanium Racing Club Handicap at Ripon.

Last year had seen Digital start his career in quite unfortunate circumstances. Three solid runs resulted in runner up finishes but they were to Group winners and performers. Off the mark on his fourth outing (beating another smart horse), Digital was then tasked with the sales races. Doncaster stretched him over the 6 1/2f trip before terrible ground at Redcar saw him round off his season with a below par effort.

Starting this year with a mark of 81, it did seem as though he could be quite well handicapped if improving from last season. Digital started the year at Ayr, claiming another runner up spot on unfavourable quick ground. The next run at Haydock was a write off with sticky conditions proving against him when trying 6f once again. With something to prove the gelding headed to Glorious Goodwood with trip and conditions set to suit. Bouncing back to form he finished third in a very competitive 3yr old handicap.

Digital has really been a model of consistency when things are in his favour. The only time he has ever finished outside the placings were over 6f and this was mixed with tough underfoot going. The declared for Ripon it did feel like he would be heading there with a favourites chance, especially as it is similar in nature to Goodwood. Only 6 were due to line up but with underfoot conditions being on the easy side, that number would diminish to 4.

Tom Eaves is the only jockey Digital has had on board and the partnership remained intact. With even less runners lining up, the poor draw of 1 didn’t really make any difference now and it certainly didn’t as Digital flew from the stalls. Straight over to the stands rail, Digital showed blistering speed to lead the quartet. Although going great guns in front he got into a nice rhythm and was racing in Tom’s hands. He was never left alone on the front end and was kept honest from the very off as the field stormed through the first half of the race.

In times past Digital may have tried to win the race before halfway, going a few strides too quick when sensing a rival. This was a far more mature performance and he utilised his natural speed whilst keeping more in reserve. All four were in contention passing the 2f marker and in a few strides they were lining up to challenge. Tom was waiting to really ask for everything from Digital but when Kraken Power loomed up on the outside, looking full of running, it was time to try and keep he advantage.

Neck and neck entering the final furlong Digital did look like he may be a sitting duck but what he and Tom knew was there was plenty left in reserve. As they settled into a ding dong battle the advantage that had diminished to about a nose began to creep wider once more. As Digital eyeballed his rival he did shift over a little bit, getting a closer look, but he was starting to find more for pressure. Suddenly the race changed in completion once more and Digital started to power on, forcing his will on his rival and pulling out plenty more. The final 100 yards was all about Digital and he strode out to win by a comfortable 1 1/4 length margin, pulling away at the line. 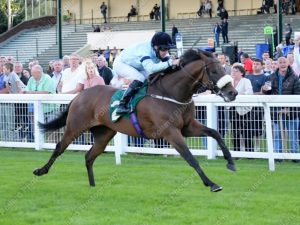 Despite the small field it was competitive and Digital was impressive. He showed blistering speed but was always doing just enough. This allowed him to test his rivals but when the challenges came he had more to give and he won with a bit in hand. The maturity he is now showing is important and that is really important to him reaching his full potential. Digital is very fast and seems to be getting quicker so the 5f is ideal and as long as the ground isn’t too quick he can be seen to full affect. Highclere Thoroughbred Racing have a lot to look forward to for the rest of the season and Digital will now be looking at a mark close to the 90’s. The Ebor meeting could be the next stop if not coming too soon.