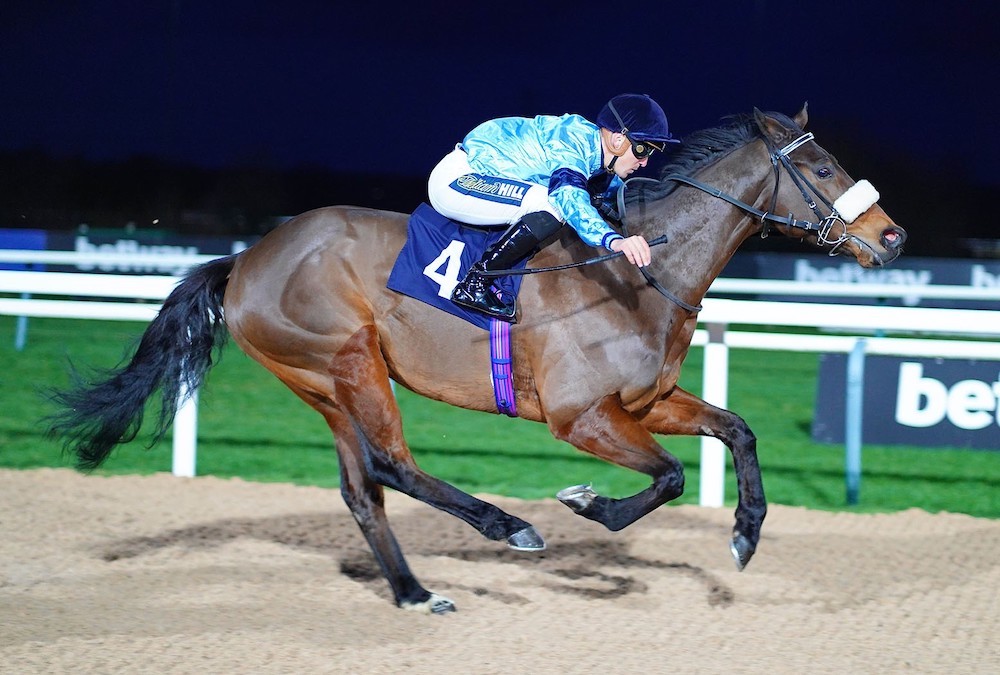 Consistency is hard to find with sprinters but Digital has certainly been more dependable than most so far in his career. Steadily rising up the handicap, the only poor runs he has had up this point have been in some top class races. Although connections do not like to make excuses there have been a few queries and it was thought that he may well do better again this year. Digital took his best race to date when winning the 5f Betway Handicap at Southwell.

Last season was a strong year for Digital and he was probably a shade unlucky to only have one win to his name. Having reached a mark of 90 he didn’t perform to his usual standards in the Portland, his last run of the season. That was certainly put behind him when he returned to action this year and throughout the winter her has looked as though another winter break has done him the world of good.

Coming to hand early, Kevin decided to test the AW with Digital, a surface he made his debut on. After a fine effort, finishing third on his comeback at Southwell, Digital would drop back to 5f at the same venue. Although he ran a blinder, that first run of the year was sure to blow away any cobwebs and returning to the minimum trip would be a bonus. Only 6 would line up for the contest but it was a strong and competitive field for the £30,000 race.

Kevin Stott was back from his own deserved break and took the ride. The experienced speedsters set strong fractions from the off and Kevin got a lovely lead through the early stages. Settled just off the leaders, Digital travelled comfortably on their heels showing that a return to 5f was no issue at all. They blistered through the first couple of furlongs and were soon baring down on the final couple of furlongs. Blink and you would miss it.

As they entered the final 1/4 mile the leaders attempted to kick from the front but their moves were covered. Kevin gave Digital a squeeze and the gelding moved up to challenge, looking the stronger. Once Kevin got the sniff of victory he quickly went for home but under a strong drive Digital drifted over to the far side. Thankfully the burst of pace had taken him far enough clear to avoid any interference. The favourite Zarzyni tried to give chase but the acceleration shown from Digital proved to be the game changer. Galloping all the way to the line, Digital took the feature race and secured his third career win.

It was great to see the 4yr old back to winning ways and he did so impressively. Travelling powerfully he quickened up nicely and this could be a positive moving into the new season ahead. Sprinters tend to peak with experience and time, allowing their physical attributes to flourish, which could be the case for Digital. He will again be looking at a mark in the 90’s so it will be interesting to see if he sticks to the AW or waits now for the turf season which is just around the corner.