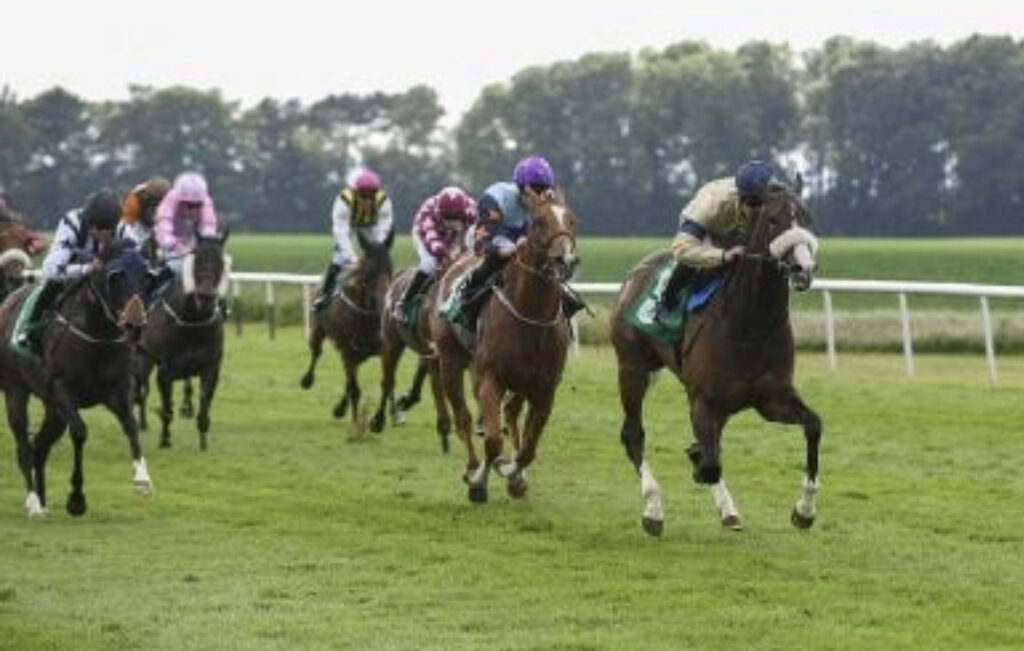 The start of a big week saw Royal Ascot kick off in glorious fashion but the team’s focus shifted a little closer to home. Just down the road at Thirsk, Kevin sent out a double with Glenlaurel and Rambuso Creek both winning in emphatic style.

If there is one sire that Sheikh Mohammed Obaid Al Maktoum has had great success with it is the superstar Lope de Vega. So when he sent his own mare to the stallion it was always likely to produce something with great potential. Glenlaurel had certainly been shaping nicely at home but she blew the field away when winning the 6f Vickers.Bet Extra Places At Royal Ascot EBF Fillies’ Novice Stakes on debut.

Having come to hand and impressed in her homework the hardest decision was what trip to begin Glenlaurel over. Her pedigree lends itself to slightly further in time but she had shown so much natural ability. Starting at 6f, Kevin was confident she would handle the trip and hopefully do everything the right way round, with the best work coming late on. Kevin Stott was booked to don the famous yellow silks.

Slowly away, Kevin didn’t rush his filly and allowed Glenlaurel to find her feet. This meant she ended up towards the rear of the field early on. There was no panic and the most important thing was allowing the filly to find her feet and get into a nice rhythm, which she did. The leader set a nice even gallop and after the first furlong the filly began to stretch out to race in a thinner line rather than a group.

With the race heating up a long way from home, Glenlaurel really took the eye 2 1/2f from home. As her rivals started their runs, jockeys becoming animated in the saddle, Kevin just had to plot his next move. Yet to ask his filly anything, Kevin was running with a double handful. Searching for a clear run, Glenlaurel was obviously going the best but she and her rivals were inexperienced fillies. This made finding a gap both daunting and a trickier task.

Moving down towards the final furlong, Kevin’s task became easier as a few rivals weakened. This allowed him to edge right and swing around those in front. Glenlaurel did all this with the minimum of fuss, cantering on the bridle. As they hit the 1f marker, Kevin now got hold of his filly and asked her to go and quicken. Glenlaurel responded but showed signs of greeness initially, just trying to find her legs. Once she did, the filly scooted clear and immediately put daylight between herself and the rest. The final furlong was a precession and Glenlaurel bolted up by an impressive 3 1/2 lengths. 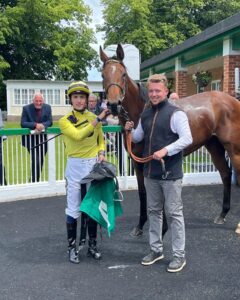 Glenlaurel could not have done any more than what she did and certainly looks like a filly with a bright future. Traveling well, she quickened up smartly and it was all done with ease. Her pedigree suggests that she will get further in time but Glenlaurel travelled well against a good gallop so may well stick to this trip for now. It looks likely that pattern company will be the next step and the decision will be about which grade to let her tackle next.

The double had to wait until the final race as the two Kevin’s bookended the meeting with winners. Rambuso Creek had been an unlucky maiden but he finally got that monkey of his back by taking the 5f Follow Vickers.Bet On Facebook And Instagram Handicap.

Having finished last year with two seconds and two thirds, Rambuso Creek was obviously going to be winning races this year, or so it seemed. Gelded over the winter and starting with a mark of 75, connections felt that a win would be a good starting point to build on for the rest of the year. This seemed to be everyone’s thoughts as he was sent off favourite for his return to action at Pontefract. Unfortunately it was a below par effort, his first ever poor run.

Thankfully a small issue was found and following a win op, Rambuso Creek was ready to crack on into handicap company. Heading to Thirsk, Rambuso Creek had been eased a few pounds to 72. If the little procedure had helped then it did look a good opportunity to get his head in front.

Jumping from stall 10, Kevin began with a copybook ride to his first winner. Settled at the rear of the field, Rambuso Creek allowed his rivals to move forward and took a lead through the early stages. Typically over 5f, there was a strong pace on which had the field stretched out. They flew through the first half of the race in the blink of an eye. Throughout, the leader edged towards the stands side, perfect for Kevin who had positioned his mount there from the off.

Going great guns in front, the leader was looking to burn his rivals off. Kevin was getting to work as they moved past the 2f pole and wasn’t getting the initial turn of foot. Although the gap did not close, Kevin was only going hands and heels, a signal that said he had plenty underneath him.

Slowly, slowly Rambuso Creek edged closer to the lead and as he moved into the final furlong he was hitting top gear. Still Kevin was just nudging away and suddenly the pair looked like a huge danger. With all the momentum, Rambuso Creek swept to the lead and despite edging left for a couple of strides, quickened clear. Kevin’s only plan was to keep him straight because the turn of foot had put the race to bed. Checking the big screen, Kevin would have liked what he saw and was able to ease up close to the finish. The 1 3/4 length advantage was impressive but probably the minimum winning distance. 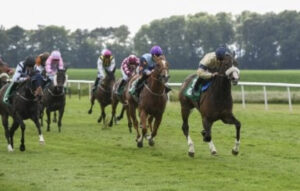 It was great to Rambuso Creek get his head in front after some near misses and also proving that the issue had been resolved. Although he travelled well it was the final furlong where he was strongest, showing a good injection of speed. You wouldn’t go too far away from this type of race again but the 3yr old may get a little further in time. Rambuso Creek has already shown a consistent attitude so hopefully he can go on and improve through the handicap after this win.