Cottam Lane Back To Winning Ways 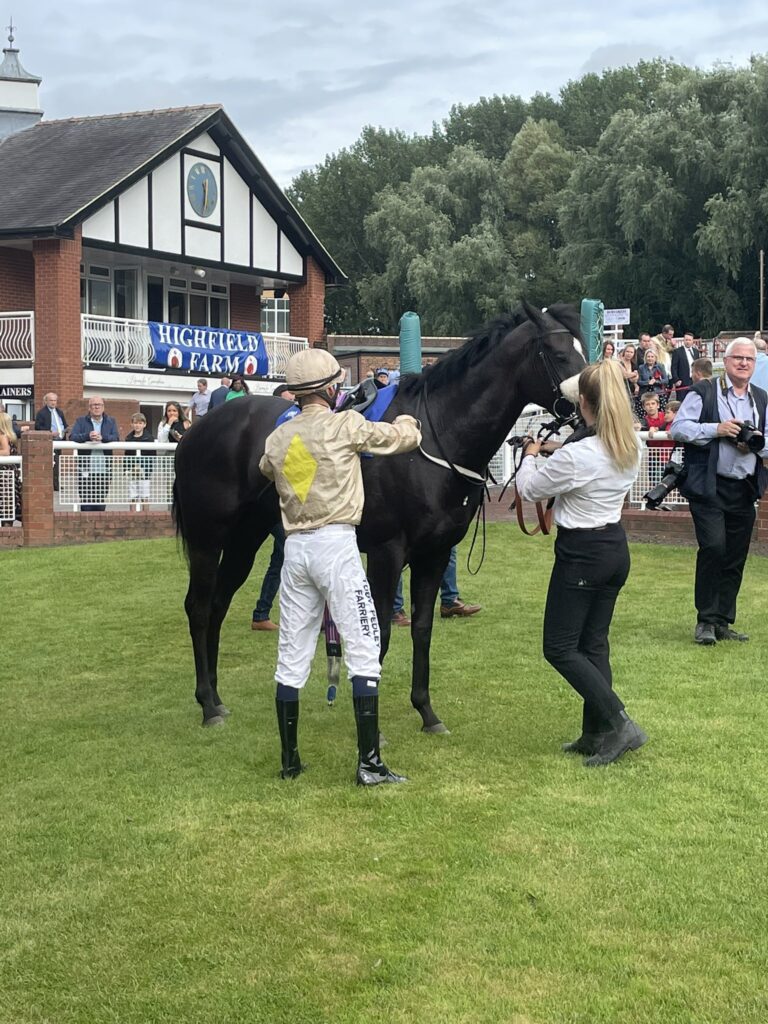 Promise can quickly turn to disappointment when plans don’t quite work out. Cottam Lane had finished his 2yr old campaign with 3 good runs but started this season below that level of form. Thankfully he bounced back to his best when making all in the 6f Sunpak Potatoes Handicap at Pontefract.

Starting the season with a mark of 82, it felt as though there was plenty of wiggle room as Cottam Lane looked better than that. Initially running over the minimum trip, Cottam Lane ran ok but immediately suggested he needed a shade further. When he stepped up to 6f for the first time at York he ran a great race in a competitive handicap and looked like a winner waiting. Unfortunately that did not pan out and he took a step backwards next time out at Catterick.

Varying ground and trips hadn’t seemed to unlock the potential so the next run would be a question as to where his career was heading. Dropping down in grade, Cottam Lane had his easiest assignment to date and with Oisin McSweeney taking 7lb off his back, the 3yr old had a perfect opportunity taking on exposed sprinters.

With a good draw in stall 3 Oisin looked to be aggressive from the start. Cottam Lane jumped well and was straight to the lead showing good speed. There was a short lived fight at the front but Cottam Lane quickly asserted with his rivals unable to match his speed and certainly not trying to go any faster. It was a strong pace through the early stages but Oisin could dictate on the front end. For a few strides Oisin just had to tussle a little bit with his mount, trying to get him on the correct lead with the left handed bend coming up.

The field were coming under pressure well before the halfway point with Cottam Lane continuing to free wheel along the back straight. He could never quite get right across to the rail and as he entered the bend, his rival General Sago nipped up hi inner to join for the lead. With much of the field weakening out of it, the pair had a break on the rest with just Lezardrieux attempting to join in. Swinging into the straight they slingshot off the bend and Cottam Lane quickened up the better, taking the lead once again.

Moving into the final 2f the run in was going to sap all the energy reserves they may have had. Cottam Lane had shown blistering speed throughout but now he needed to dig in and see out his race. Just wandering for a few strides, Cottam Lane was joined by Lezardrieux and the pair began to draw away to fight it out. Reaching the final furlong there was only 1/2 length separating the pair but that was as close as he would get. Cottam Lane found again for pressure, chaining his legs and pulling out a bit more. Despite the rising ground, Cottam Lane powered through the final 1/2f and drew away from his closest pursuer, gaining his first win of the year by 1 length. 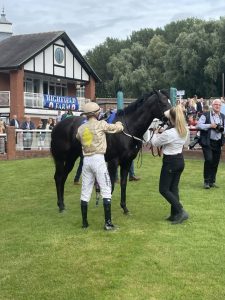 Before this race there plenty of questions hanging above his head but Cottam Lane showed a great attitude to win the hard way. He showed blistering speed but then found more under pressure and won nicely in the end. Having a target on his back from the start, he was there to be shot at and despite his rivals getting close, Cottam Lane was brave when he needed to be. Owner Steve Ryan has enjoyed a fruitful season and has some nice prospects going forward, sharing Cottam Lane with The Racing Emporium they have plenty of supporters whenever they have a runner. Hopefully this is just what the doctor ordered and Cottam Lane can build on this win.