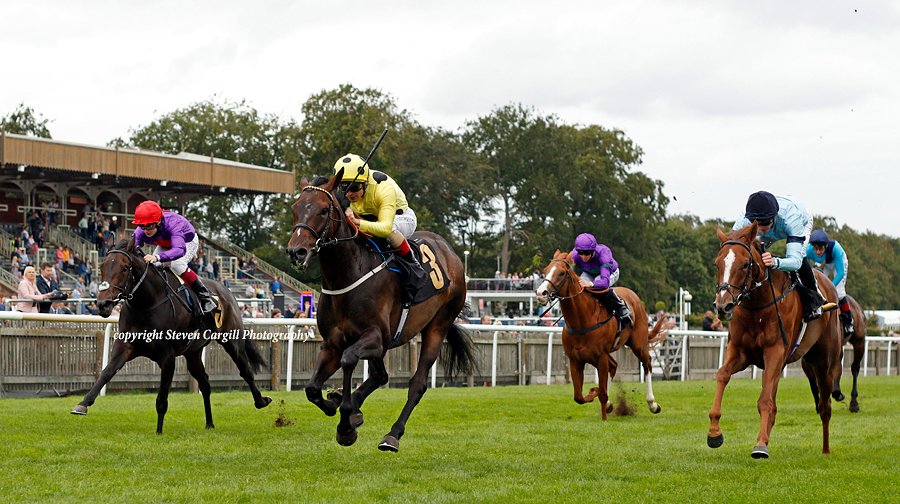 Early 3yr old handicaps can be some of the most competitive races throughout the entire season. You have horses who are going to improve off their mark or some high class performers who are stepping down from pattern company they competed in during their juvenile season. Cairn Island had only two runs to his name in 2021 but both races were contested but the very best 3yr olds handicappers. It was third time lucky for him as he got back to winning ways at Newmarket in the 6f MansionBet At Newmarket Handicap.

The son of Kodiac had two wins last year, taking the valuable nursery at York’s Ebor meeting. This performance, along with a mid division run in the Doncaster sales race, would see Cairn Island begin 2021 on a mark of 91. It was a nice starting point as a win would promote you into the best 3yo handicaps.

Cairn Island had come to hand early on and the 6f race at Newmarket’s Craven meeting was the obvious starting point for the season ahead. Looking back now, Cairn Island not only bumped into some seriously talented individuals but they were also well handicapped at that stage. Winner Creative Force won the Group3 Jersey at Royal Ascot. Runner up was Significantly who was also a Royal winner and now rated 101. Third place went to Jumbo who would rise to 104. Finishing one place behind Cairn Island was Rohaan, a Group 2 winner and then carrying a huge weight in the Wokingham Handicap at Royal Ascot. So the form was very, very strong.

Unfortunately Cairn Island didn’t really handle the track on his second run of the year, the tight nature of Chester proving unfavourable. When he headed back to Newmarket, although the July course this time, and dropping back to 6f there was confidence that he could revert back to the form shown early on. The race was a slight drop in grade but it was another competitive race with 5 lining up for the 6f contest. Andrea Atzeni was reunited with the gelding, taking the ride for his boss Sheikh Mohammed Obaid Al Maktoum.

Small fields can get a little muddling with tactics coming into play. Thankfully Andrea wanted to be positive as too did Adam Kirby on Boogie Time. This led a fair gallop being set which would lead to a true run race. Settled into second place, Cairn Island travelled smoothly throughout the early stages.

With a good gallop and wide open July course, there would be no hiding place. The field charged downhill with very little change in the order. By the time they hit the halfway stage of the race all 5 runners were separated by just over 3 lengths, promising a good finish to the 3yo sprint.

It was actually Cairn Island who came under pressure first as Andrea started to work away passing the 3f pole. There had been no let up in the pace throughout so although was first to get lower in the saddle, it did produce a little domino effect. One by one his rival did likewise and they got racing a long way out. With the uphill finish it was set to be a test of stamina and will.

In to the dip the handicapper will have been a happy man with all five in a line. Quickly hitting the bottom they would rise up again to tackle the final 1 1/2 furlong. Cairn Island was still to the fore and took the lead with his rival Operatic in close contention. The pair race a little away form the rest of them and developed a battle towards the far side of the track.

Entering the final furlong Cairn Island actually had a 1/2 length deficit to make up. He was responding to pressure and as he went to hunt down the leader, they started to draw away from the third. The stiff finish looked to be favouring Cairn Island who was coming on strong and with 100 yards to go, drew alongside his rival. As soon as he joined, Cairn Island swept past, chasing legs and going away from the leader. Within a heartbeat he put the race to bed and stood out up the hill to win by 1 1/4 lengths. 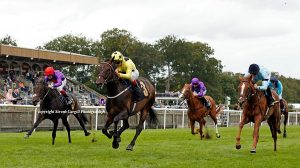 Lightly race, Cairn Island had the potential before this race and he enhanced that with this win. The 3yo has been a little bit tricky to work out due to which trip may suit him best as he has tried both 6f and 7f. With all his wins coming over 6f it would be likely that this could be his future but Cairn Island did stay on well up the stiff finish and was doing his best work late on. It could be that he is a versatile horse moving forward which would be great position for him for future options. Winning off a mark he will probably be stepping up in grade once again and there may be more to come from the three time winner.