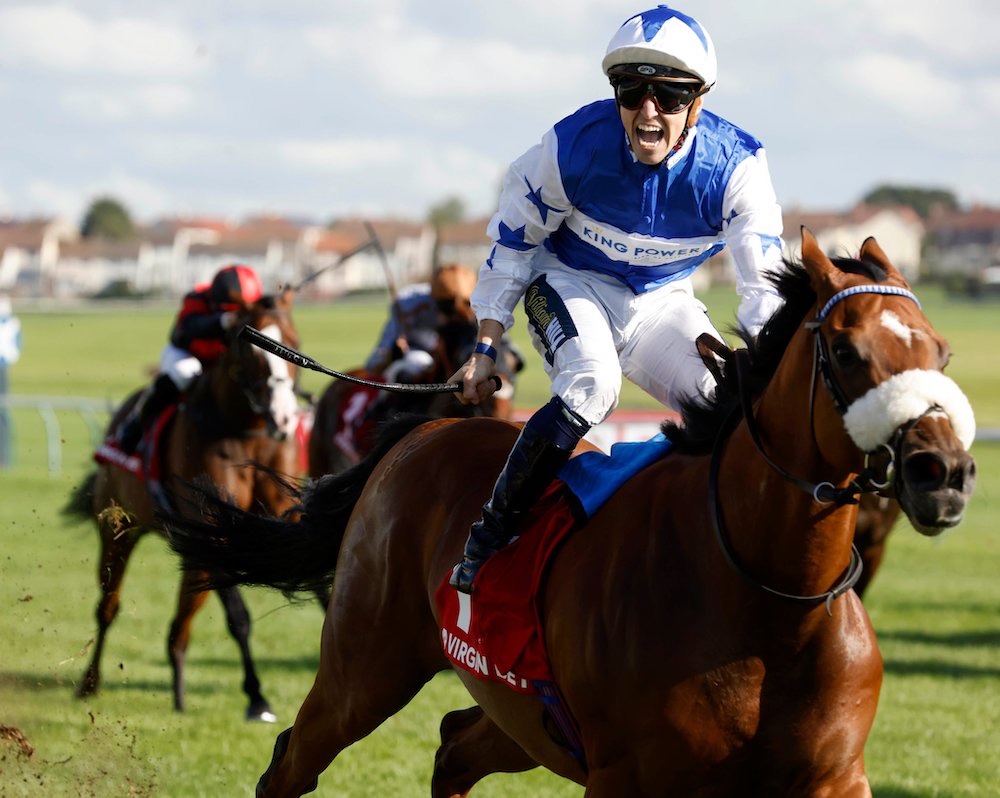 Marcelo Bielsa is well know for being an astute tactician on the football pitch. Well his equine namesake delivered a masterstroke himself with the help of Kevin Stott to bring home a fifth Ayr Gold Cup for the team at Hambleton Lodge.

The Ayr Gold Cup is race that is very special for Kevin and planning for it starts months beforehand. Having such a record in the race, there are a few traits that seem to tick the correct boxes for finding the winner. As the standard has increased over the years, class could be the number one factor and Bielsa was never short on that. Very lightly raced, for his age, Bielsa had made up into a smart sprinter in a very short space of time. Quickly developing into a handicapper rated over 100, the very best sprint handicaps were in order. Bielsa has been tackling the best races on offer over the past two seasons and had always threatened to win a big one.

Excuses are not something that Kevin likes to use too often but Bielsa certainly hadn’t had the rub of the green when it came to draws. When he did get a favourable draw the draw wasn’t right and vice versa. It is easy to say but Bielsa had never had everything land right for him and this is difficult to compete with in such competitive handicaps.

Ayr had been the target form the beginning of the year, especially after Bielsa ran a good race in the same contest last season. With the race developing away from him, Bielsa stuck on well to finish 9th but only beaten 3 lengths. All roads would lead back to Scotland and all in all he had had a consistent year without gaining a win. Runner up twice, he had most recently run a huge race in the Stewards Cup prior to Ayr. With there being a big draw bias, meaning you had to up the stands side, Bielsa went solo down the centre of the track finishing 6th only beaten 2 1/2 lengths. Following that fine effort it was straight on to Ayr.

With 6 weeks between the contests, Bielsa was nicely freshened up and arrived in great order. Drawn in stall 25 there was no telling how the draw would pan out. That all changed just an hour before the off when the Silver Cup winner charged straight up the far side rail which caught the attention of all connections.  Suddenly it seemed that Bielsa could be the one out of luck again with him on the opposite side of the track. Kevin Stott has been the only jockey to win on Bielsa and was back on board the 6yr old. The draw didn’t look to bother the two Kevin’s as they devised a plan to just keep it simple, stick to his side where the ground had been untouched and possibly fresher.

Pre-race had revolved around one horse, despite the talented 25 runners field, as recent listed winner Great Ambassador was a strong 3-1f. The nerves of draw bias seemed to subside just before the off as there was late support for Bielsa, although only a handful of people knew what the two Kevin’s had in mind. The cavalry charge was released from the stalls and immediately there was a distinct move towards the far side rail. Those drawn low edged across whilst those higher would form a second group towards the centre of the track. One lonesome runner had darted across to the stands side rail and the plan became clear as Kevin kept Bielsa alone.

Unsurprisingly a good gallop was set as the pace seemed to be with the centre group. Holding the overall advantage it was quite difficult to judge where Bielsa was through the early stages. It did feel as though he was around midfield but it wouldn’t be until the business end of the race where things would become far clearer. The favourite couldn’t have been drawn further away so it trying to keep an eye on him would not be possible, Kevin would really have to set his own fractions and use all his experience.

Charging through the first half of the race the centre group had held sway but the strong pace would have them get racing from halfway. As horses tried to get into the contest the field fanned out and would see the two groups begin to converge. Kevin was happy to be a loner down the near side and Bielsa had travelled nicely to this point. It was here, for the first time, you got to see that Bielsa was in a good position and headed towards the 2f marker not too far away. Whilst his rival were well grouped, Bielsa wouldn’t have anyone to race with so both he and Kevin were relying on each other.

Passing the 2f the race had really started to unfold. The fav burst through on the far side looking full of running and would quicken up to take the lead. Bielsa had travelled just as well and looked to be alongside or possibly in front but with nothing to run with it was hard to get a visual marker. The field were now really stretched across the track and the race had now split with maybe a third of the runners in with a real chance of winning. All eyes were attracted to the favourite who had kicked clear of those around him. That move did look impressive but Bielsa looked to be on terms and quickening just as well as Stott got serious. Neither himself or the horse could see their rivals so it was now all guns blazing for the line. His nearest visual would have been Mr Wagyu who was pulling away in the centre but was definitely down on Bielsa.

As they entered the final furlong the complexion of the race finally became clear. This ultra competitive 25 runner handicap was down to 2, possibly 3 barring any disasters. Far side, Great Ambassador, centre Mr Wagyu, near side Bielsa. It was either rail where the momentum lay and it was Bielsa who had the lead. The gelding had travelled well throughout and was quickening up all the time. As the camera angle changed and it panned round to more of a side on view Bielsa’s advantage grew. He was in top gear, motoring along the rail and was proving strongest of all. The final 100 yards was the best of his race as he continued to pull clear and it was only now that Kevin got a visual guide of where he was. Looking over his left shoulder, the Danish rider saw daylight. He knew he was in front, he knew he was clear, he knew he was the winner. Bielsa had opened up enough of an advantage that it allowed Kevin the time to celebrate, pumping the air and letting out a roar that was matched by those who had backed Bielsa. For a race that had been so difficult to watch and weigh up throughout, the finish was the easiest as Bielsa secured Scotland’s top race by a convincing 2 1/4 lengths. 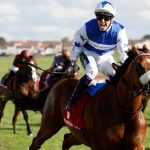 Kevin Stott’s celebrations tell you everything you need to know about the Ayr Gold Cup. It is one of British racing’s most historic handicaps and is always a privilege to win. The quality has increased so much over the years that now you are looking at a mark of around 96/97 just to get a run. Bielsa had been threatening to do this in a big handicap so it was very pleasing for the horse to finally get his head in front. Both he and Kevin stuck to their guns and it does take bravery to plough a lone furrow. Kevin got he fractions spot on and had a very willing partner underneath him. Bielsa is owned by King Power Racing, who have become a huge supporter of racing in recent years. They have shown great patience with the horse so it is extra special to deliver a winner of this nature. Bielsa has always been a horse which Kevin has had great faith in and he will now be tasked with tackling pattern company. Win number 5 was just as sweet as the first one and hopefully Bielsa can go on to bigger and better things like those who preceded him.