Bergerac Delivers On The Knavesmire 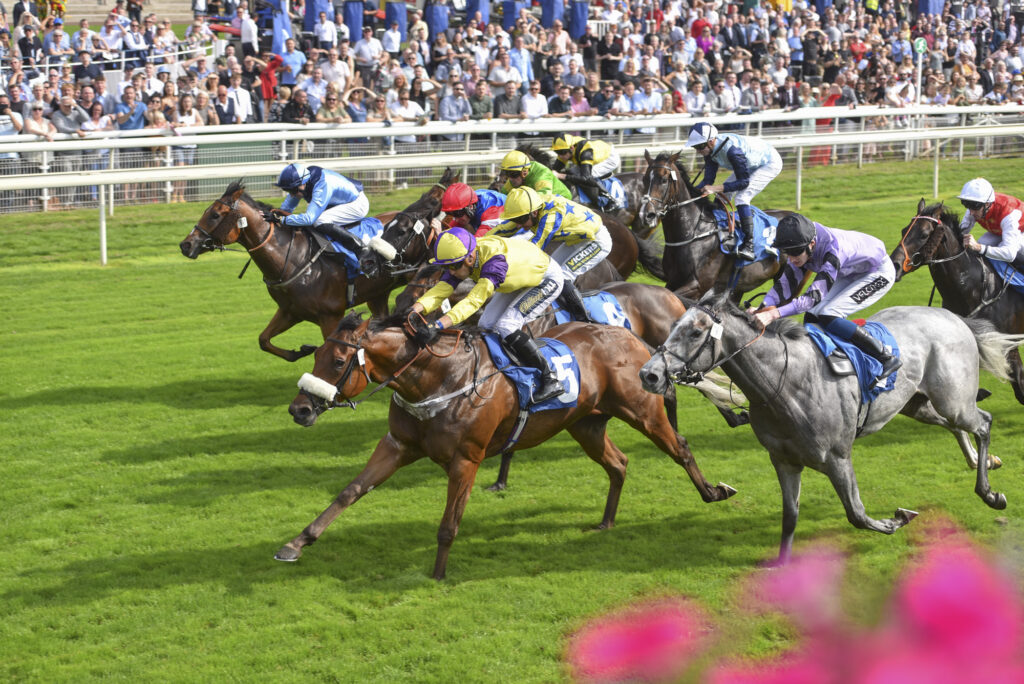 How do you celebrate a Group 1 winner?? Keep the good times going with another big day out. York racecourse is just on the doorstep and is Kevin’s favourite track. Not only do you top class racing but a fantastic Yorkshire welcome and the owners love having runners there. Angie Bailey and Peter Tingey have had some amazing days on the Knavesmire but the past few years have been a bit lean. Bergerac made up for lost time with a career best win taking the 6f John And Judith Marshall Memorial Handicap at York.

Careers stats for Bergerac make for very positive reading, with just one run failing to produce a placed effort. Despite that fact, it took the now 3yo quite a while to get off the mark. Having made a very positive start to his racing career, Bergerac failed to score at 2. Maturing over the winter, he looked the type who would improve for his 3yo season and that seemed the case when he returned with another fine second placed effort. He finally got off the mark when running away with a handicap off a mark of 77. Thanks to a 6 length victory, the handicapper took no chances with the 3yo and lumped 10lbs on to his handicap mark.

Bergerac proved that he was well up to his new assessment and put up two very good efforts when runner up off a career high 87. With one further pound added, there was one clear race to aim for. The 6f contest at York attracted a competitive 11 runner field with some fast improving 3yr olds. Bergerac fit the profile for this type of race but it would require another career best run. Kevin Stott was booked for the ride and looked to be positive with his tactics.

There was a little scare as the stalls opened with Bergerac just stumbling coming out and pitching slightly. Kevin remained balanced and quickly adjusted everything to get his mount finding his feet. Despite this small scare, Bergerac showed good speed to be prominent through the first furlong. As to be expected there was a good gallop set, which is  usual on a fast track like York.

They scorched through the first half of the race and had all converged to race down the centre of the track. Bergerac had been to the fore throughout but at the 3f marker he just got shuffled back a little. It was only for a couple of strides but it meant that Kevin just had to nudge him along to get back into his rhythm. As they bared down on the final 2f Bergerac then did the opposite and was travelling hard on the bridle, pulling his way to the front and vying for the lead.

Bergerac had won on a stiff track at Pontefract so once to the fore it was obvious he would see the trip out well. Kevin got lower in the saddle but the response was not quite as sudden as his rival to the far side. Having hit the front, Bergerac was now headed but only just and there was still 1 1/2f to run. That being said the other rivals were not going anywhere and more were actually getting involved. It was a vision that the handicapper would have love, with 8 runners almost in a line coming to the final furlong in with a chance of winning.

Having been headed, Bergerac seemed to get the kick up the backside and he began to find more for pressure. It was hard to find a leader, so the race was there to be won, it was just who wanted it. That answer was Bergerac who was digging deep and finding more. Kevin was in full drive and everything he asked he got answered. It took until the final 100 yards but Bergerac got his nose back to the lead and now he hit full flight. The extra resolve, stamina and class started to pay off and the gelding began to edge away. Although his rivals were brave in behind, they just couldn’t match the leader. Staying on through the line, Bergerac recorded a very game 1/2 length win. 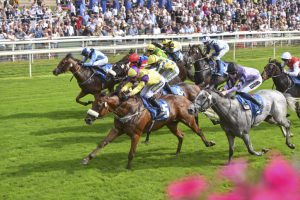 This was not only a career best performance but one that really shows Bergerac has got a nice future ahead of him. Showing up for most of the race he did seem to get a little outpaced by halfway but once he found top gear he had the race sewn up. The really sharp 6f of York may not be ideal and a stiffer test could see him to his most effective. He is in the Ayr Gold Cup but it would be doubtful that Bergerac would get in so the Silver is an option. One thing is for sure, next season with another winter on his back, Bergerac will be targeting those big Saturday handicaps.