Belsito Makes Up For Mishap 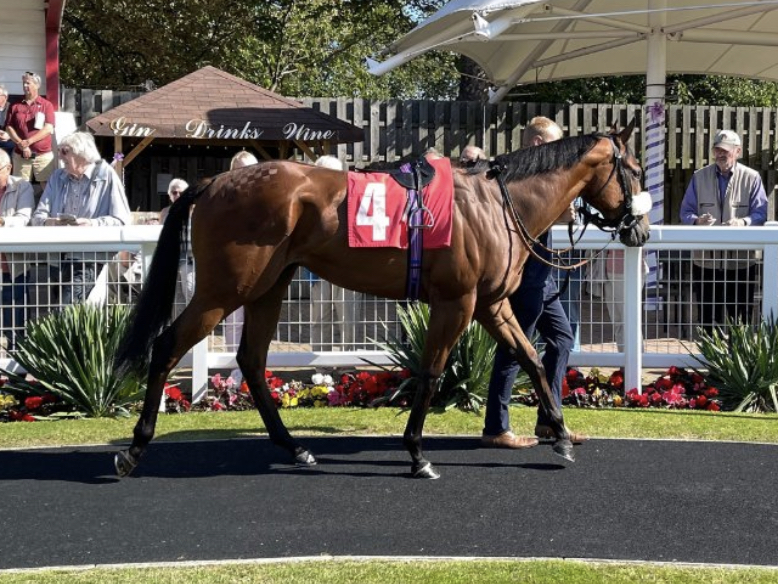 Improvement from debut run to second run is fairly common with runners coming from Hambleton Lodge. This was expected of Belsito when he lined up at Southwell following a good debut run. An unfortunate saddle slip scuppered any chance he would have in that contest but he made no make mistake at the third try when winning the 5f Redcar Racecourse Celebrates National Racehorse Week Restricted Novice Stakes.

Belsito is the first progeny of Areion to be trained by Kevin. The sire is a prolific sire of winners in his native Germany, where he was a top sprinter himself. The colt looked every inch a speedster himself when he arrived at the yard and it would prove that once he hit the track. Making his debut at Ayr, Belsito showed good speed early before tiring late on to finish mid division, but show plenty of promise.

The race at Southwell looked a good opportunity for Belsito as he would be sent off the 2-1 fav for his second run. The race was over when they swung around the bend and a saddle slippers saw Kevin Stott unable to ride and having to look after himself and the horse. Thankfully no harm was done so the colt could be out quickly, aiming to make up for the unfortunate events.

Having shown natural speed, Belsito was dropping to the minimum trip for the first time. Lining up against 6 rivals, the race was revolving around the two winners in the line up. Belsito was the third pick of the market but would be the recipient of weight due to his rivals winning penalties.

Despite trying the trip for the first time, Belsito showed electric speed to lead from the off. Whilst he spearheaded the field down the centre of the track, one rival took a left hand turn to race along the far side rail. Recent weather has seen the fast ground soften up due to down pours of racing and the going was good to soft.

Up front Belsito was forcing a strong pace alongside his rival and there was no hiding place. The furious gallop would have much of the field under a pressure a long way out. By halfway the race divided up and half of the runners were taken out of contention. Whilst his nearest pursuer came under pressure and weakened, Belsito continued to drive on from the front but would come under a strong challenge from the favourite.

The favourite swept through the lay down a challenge inside the final 2f and Belsito lost his position at the head of affairs. Although they had raced away from each other, the runners now converged towards the far rail. Belsito came under a strong drive and responded by quickening up to throw down a revitalised challenge. The race was between three as they headed into the final furlong but that number would be trimmed again. Belsito and the fav dropped their other rival as they battled it out, eyeball to eyeball. The final 100 yards was a real ding dong, but as the line loomed up, Belsito proved to be the stronger, finding that little bit more to secure the win by a neck.

It was nice to see the colt capture his first win, especially after last time. He showed electric speed from the off but managed to quicken off that and move through the gears. The lead was lost but he didn’t curl up, rather he dug deep to fight back and was powerful at the line. It will be interesting to see what happens next as Belsito showed a lot of natural speed but he did hit the line strong. Possibly a stiff 5f could be his ideal trip but he also looked like the ground was no issue. Belsito will receive a handicap mark now and that should dictate where he turns out next.