Back On His Ground, Aleez Wins Again 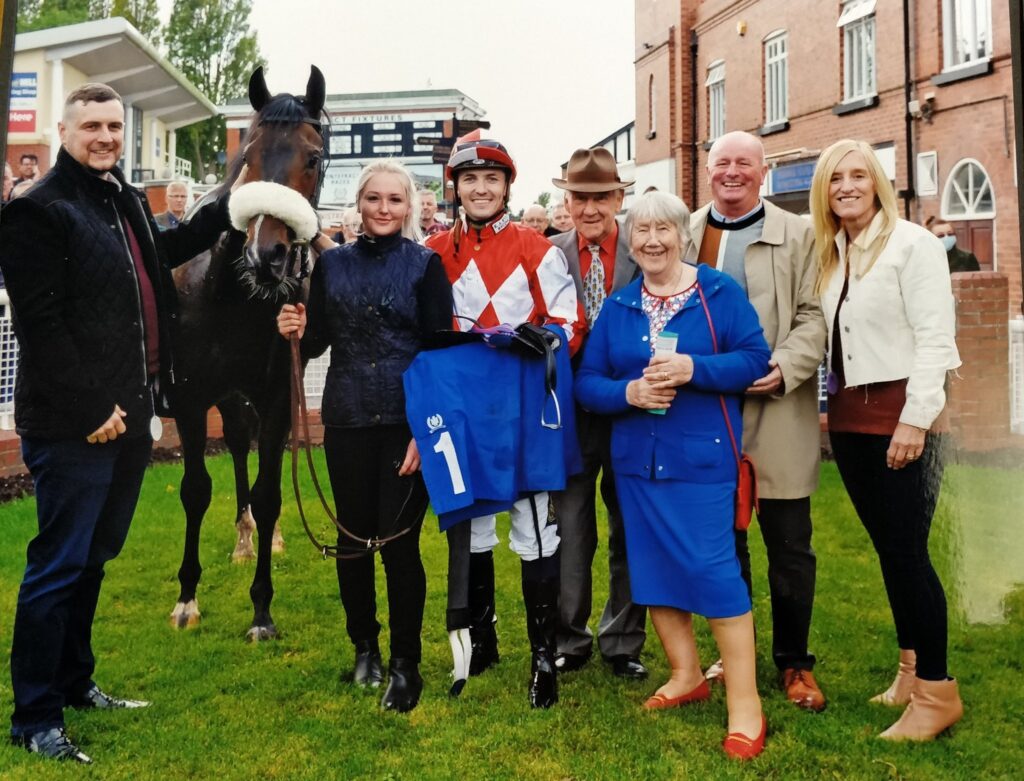 There are many aspects in racing that can lead to a horse winning or hitting form. The great thing about British racing is that it has so many variables with a multitude of tracks that can ride differently each day. One deciding factor can be ground and Aleezdancer has shown this year that when he gets his favoured conditions he is a very talented individual. Taking his third win of a productive juvenile season, Aleezdancer won the 6f Napoleons Casino Nursery Handicap at Pontefract.

With two wins form his first three starts, Aleezdancer had put himself in a position to have a crack at some top prizes. He was impressive when winning twice on slower ground and it would be interesting to see how he would fair against stronger opposition and quicker going. Group 2 followed by a couple of highly competitive sales races were the races next in line. Although failing to challenge in those he did run far better than the bare result and it was quite clear that ground was the big difference.

Sights were lowered for his penultimate start when Aleezdancer dropped into Nursery company for the first time. Despite it being in September, Ayr was unusually warm and again he would come up against unfavourable ground. With that in mind, the juvenile ran a great race to finish fourth and suggest that he would soon be winning once again. Weather looked to be changing and softer ground would be around the corner so he could be back. out again soon enough.

Pontefract offered the next chance and fit Aleezdancer perfectly, being a similar stiff finishing track like where he won earlier in the season. Rain had ensured the ground would be soft with 10 runners lining up for the nursery. Kevin Stott has been the only jockey to achieve success on the gelding and he was back in the saddle.

Stall 8 is usually a tricky proposition at Pontefract but that does differ when the ground becomes testing. This meant that Kevin was in no rush leaving the stalls. There was a quick dash for the lead and Kevin stayed out of the early pressure, settling Aleezdancer in midfield but on the outer of the group.

Quickly down through he first couple of furlongs the field would enter the bend going at a strong gallop considering conditions. It was clear that there was only one thing on the leaders mind as they swung left handed. Edging away from the rail the field immediately darted over to other side of the track. Kevin had been positioned ideally for this move and followed suit, heading over to the stands side. With the field all moving over there was going to be a quick reshuffle and Kevin was keen to get caught up in any hard luck stories.

As they entered the final 2f Kevin kicked Aleezdancer through a gap along the rail and the gelding quickened up to though down his challenge. The conditions were proving too much for some of the field but Aleezdancer was gliding through the ground. With momentum on his side and hitting top gear, Aleezdancer came scorching through down the near side. Taking the lead at the furlong pole Kevin was hard at work as the track rises up for a stiff finish.

Aleezdancer stuck his head in front passing the 1f marker and was staying on powerfully. In his favoured ground Aleezdancer was proving far too strong for his rivals, many of whom were toiling in behind. Although he did edge off a straight line, which could be forgiven, there was no stopping the leader. He kicked clear and offered Kevin the chance to ease down toward the line. Aleezdancer earned his third win by a comfortable 1 1/2 lengths. 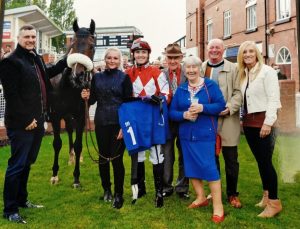 Aleezdancer has been a real star this year and has proven to be a very talented individual when the conditions get tough. Winning off 85 here, the handicapper will certainly be giving him a hike in the weights and could well push him north of 90. Depending on what options are left for the 2yr old Aleezdancer could have one last run before the end of the season, especially as he could get conditions to suit.